The Gentleman of the Ring

Floyd Patterson, two-time Heavyweight Champion of the World, died last week at the age of 71. By all accounts he was a shy, sweet and complicated man, having remarked: "You can hit me and I won't think much of it, but you can say something and hurt me very much." He was one of my favorite fighters, and a few years ago I made a comic about his September 25, 1962 fight versus Sonny Liston in Chicago where he lost the belt (for the second time). Here are a few more pages from that strip: 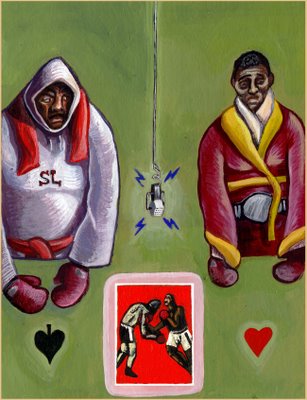 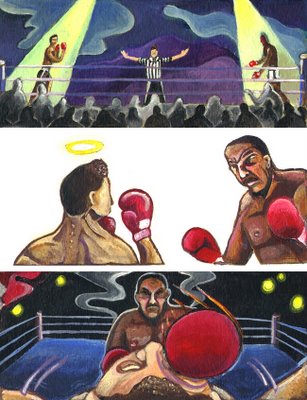 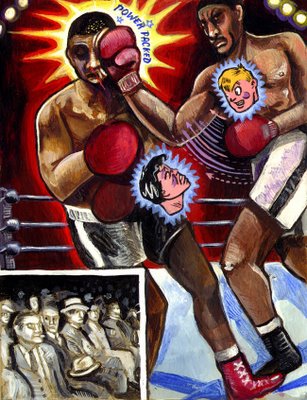 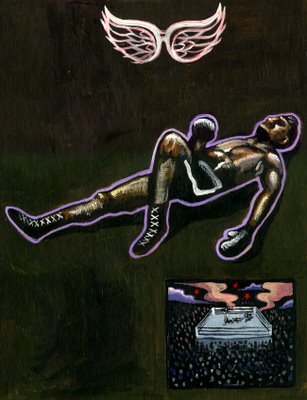 He was knocked out in the first round, and reportedly snuck out of Comiskey Park in dark glasses and a fake beard. He lost again to Liston and year and half later, and was never the same fighter again. Rest In Peace, Floyd.

Man, those boxing paintings are so cool. I don't know if I'd ever seen your actual paintings before. Great stuff. Totally inspiring.