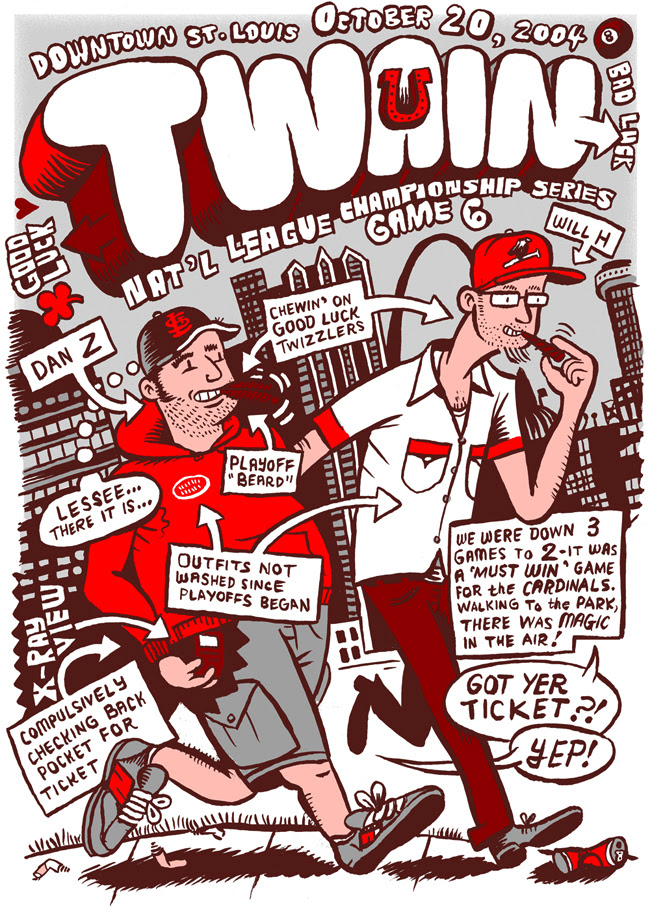 Above is the first page of a new comic strip I drew about the magical 2004 National League Championship Series, when the Cardinals played the Houston Astros. It will appear in the next edition of the long-running comix anthology Not My Small Diary. As special as that playoff run was, it can't compare to this season's run, which will hopefully end tonight, with the Birds-on-the-Bat taking care of the Tigers in a way that the beloved '68 squad (pictured below) couldn't. This is for you fellas! 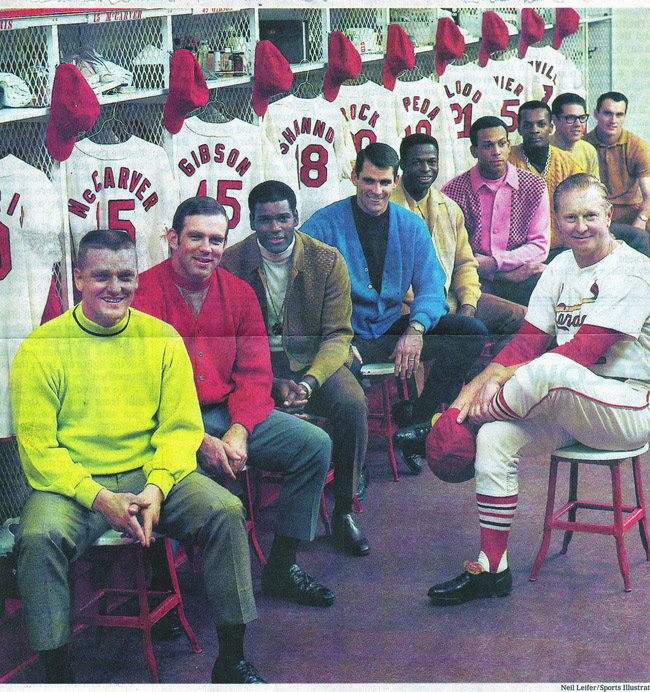 Edited to add more info on my pal Will's playoff beard. Apparently he's gonna be on the radio tomorrow talking about it. UPDATE! Will was on the radio. Listen to the little story here.
Posted by Dan Z. at 12:53 PM

Also, the '68 Cardinals: That is the most beautiful act of collective sweater-wearing I have ever seen.

dan!
Hello.
I have been sending mails to the usscatastrophe inbox, about a recent order i made.
Please, can you answer me?
My mail is pablo@kioskerman.com.ar