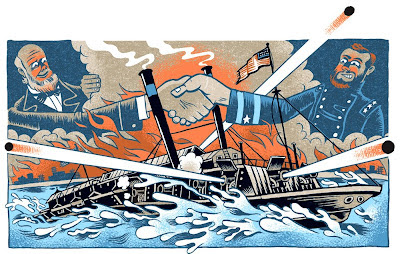 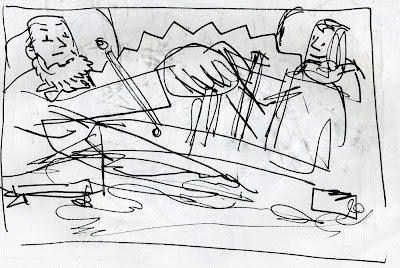 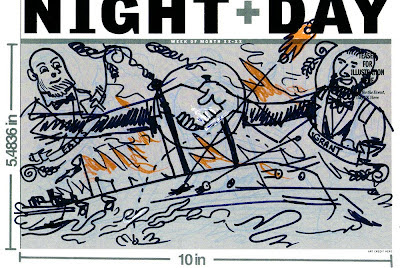 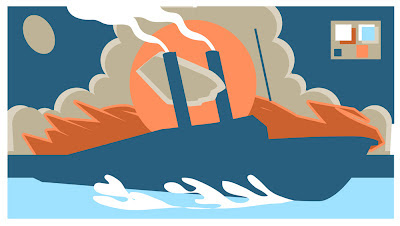 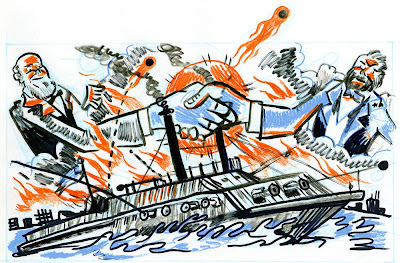 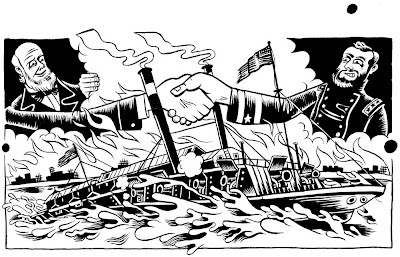 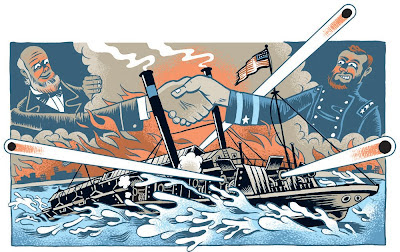 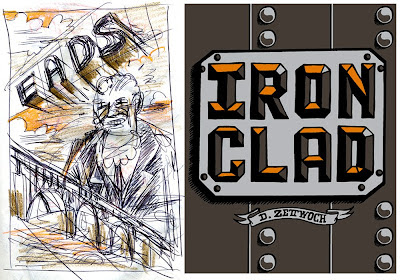 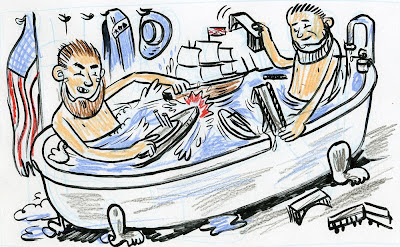 I love everything about Civil War Ironclads. The USS Monitor completely changed naval warfare. But the USS Monitor and the CSS Virginia (Merrimack) weren't the only ironclads in the Civil War. I have even built a Squidoo lens on the USS Cairo, one of the Eads Ironclads. To learn more about the diversity of Ironclad of the American Civil War go to USS Cairo

A work of genius. I am a huge fan of Ironclad. Dan Zettwoch, cartoon master of Illustrated American History. Next, I want a Revolutionary War battle, to go head-to-head with Howard Pyle. Of course your sound effects would be way cooler.

Awesome illustration, Dan. The kind people would hang on their walls. Framed.

Gorgeous piece and that is some crazy synchronicity at work. Love seeing the intense process you go through, Dan.