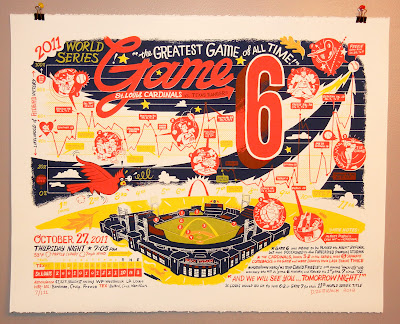 Just in time for baseball's opening day, here's a new 3-color screenprint hot off the press (UPDATE: all 3 editions have sold out!). It commemorates last season's thrilling penultimate game, Game 6 of the 2011 World Series, which saw the St. Louis Cardinals defeat the Texas Rangers in a see-sawing nail-biting 11-inning affair.

My initial idea for the print was to use as a centerpiece the game's dramatic Win Expectancy Chart, which maps statistically the game's ups and downs (and a given fan's emotional state) at any given point. 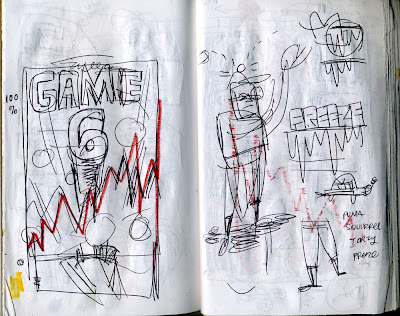 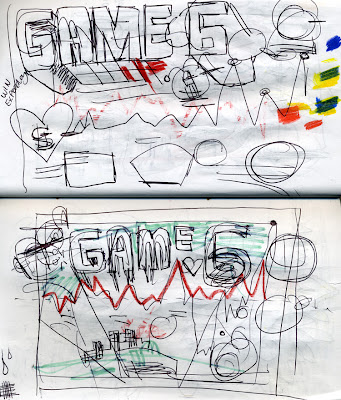 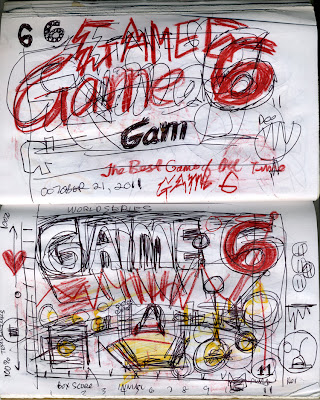 Other things I wanted to include were a view of Busch Stadium, some funny vignettes of key moments throughout the game, assorted li'l fun facts, and a huge in-your-face title. For a long time, you'll be able to say "GAME 6" and a Cardinals' fan will KNOW. 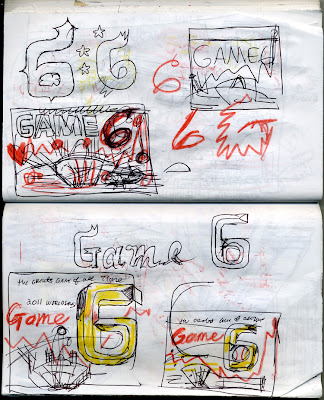 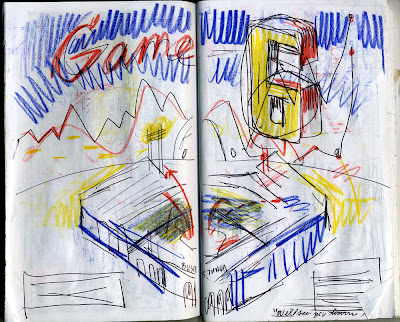 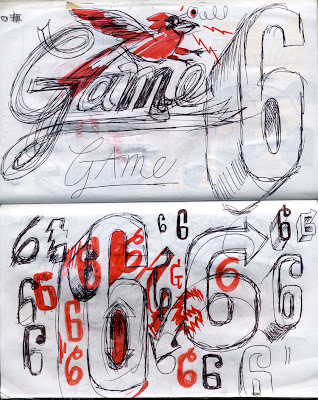 I was looking at lots of old fruit advertising for inspiration:

And here's an early digital mock-up: 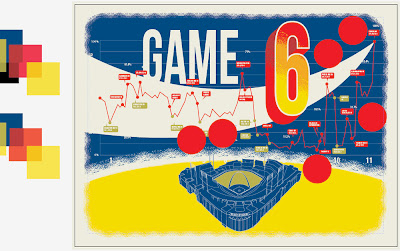 And sketched directly from my DVR recording (which I refuse to erase), here are some sketches of the funny vignettes, part highlight part in-joke, alternately sad and triumphant: 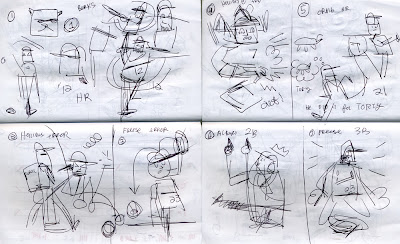 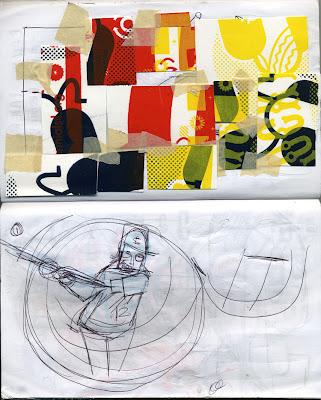 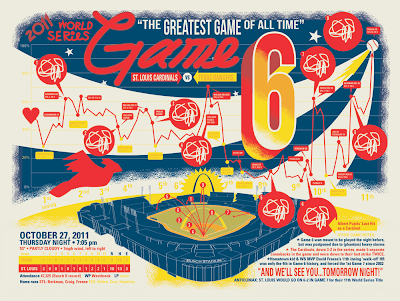 And all my ink drawings I would have to squeeze in to this thing: 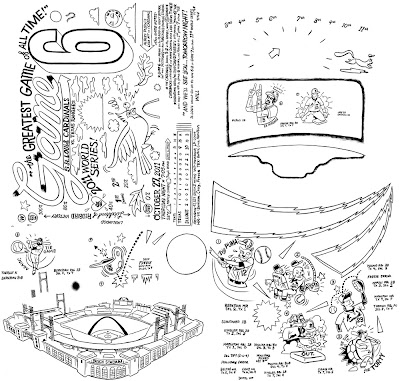 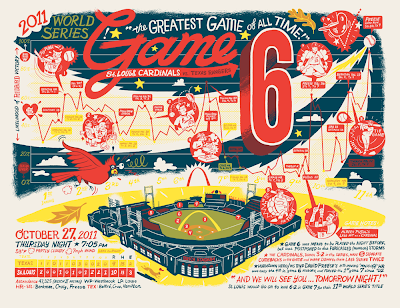 Time to coat, burn & print. A peek at my exposure station: 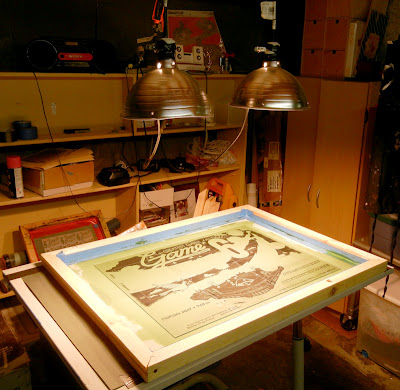 And a close-up of the final printed piece. I think I managed to squeeze everything in except my wife and I having heart attacks in the bleachers. 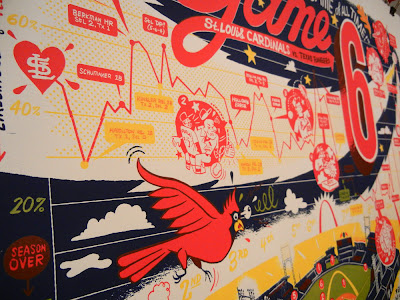 "Game 6: The Greatest Game of All Time!" 3-color screenprint on Canson Edition paper, 28" x 22", edition of 150.
JULY 27, 2012 UPDATE:
I'm officially sold out of the 3rd (and likely final) printing. Thanks to everyone who ordered and had nice things to say about the print, let's hope that we have more memorable games this season to memorialize.
Thanks again for the interest, everyone! Let's Go You Redbirds!

Wow! Looks great Dan- I still don't get how you get so much info on one print. That game was epic.

Dan, this is really great.

Sent an email to get info.
Can't wait.

Do you know anywhere that one can be purchased? Even on the secondary market?

Sorry John, they're long gone. Feel free to check around on the secondary market, but I didn't make a ton of 'em...

This is awesome!!! Have you done another printing? OR do you know where I could find one? Either way, THIS IS AWESOME!!!

I would LOVE to buy one of these! Would you ever consider printing any more? Pretty please? :)
Jill

I would love to by a Game 6 print! Please contact me with any info.
steve@thegreatframeup.com
Thank you!

Do you still have one?