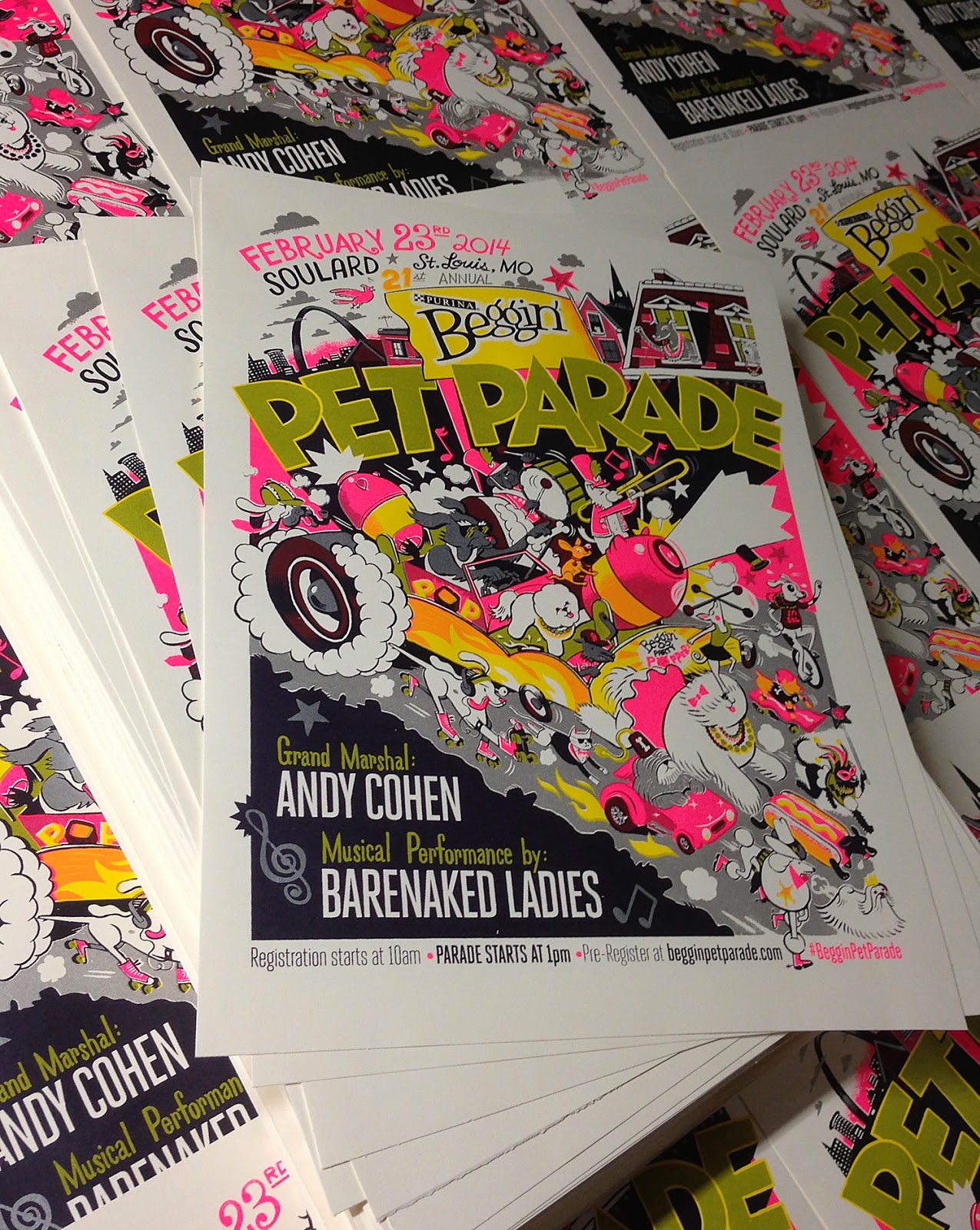 I was happy to make these prints for this year's 21st Annual Beggin' Pet Parade, part of the pre-Mardi Gras festivities in Soulard, and "The Guinness Record holder for the largest parade of costumed animals". 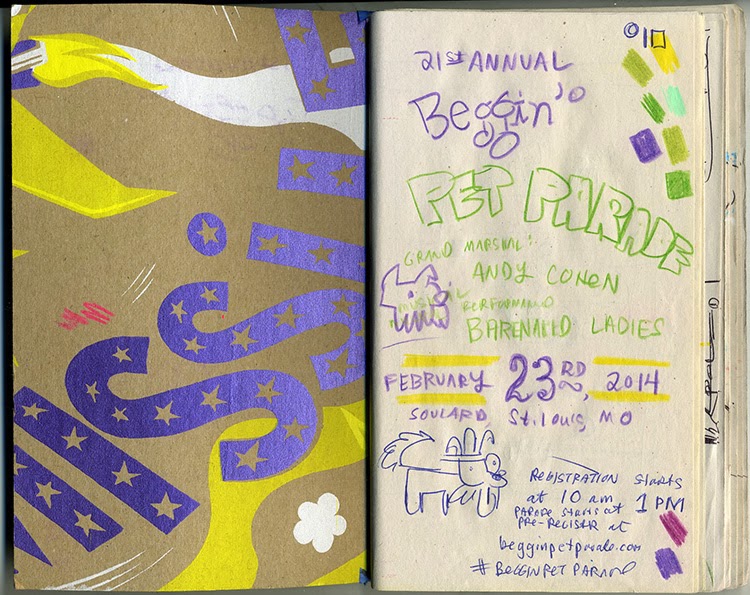 Here's a bunch of sketches and stuff that piled up on my desk like a lot of puppies. Early ideas: 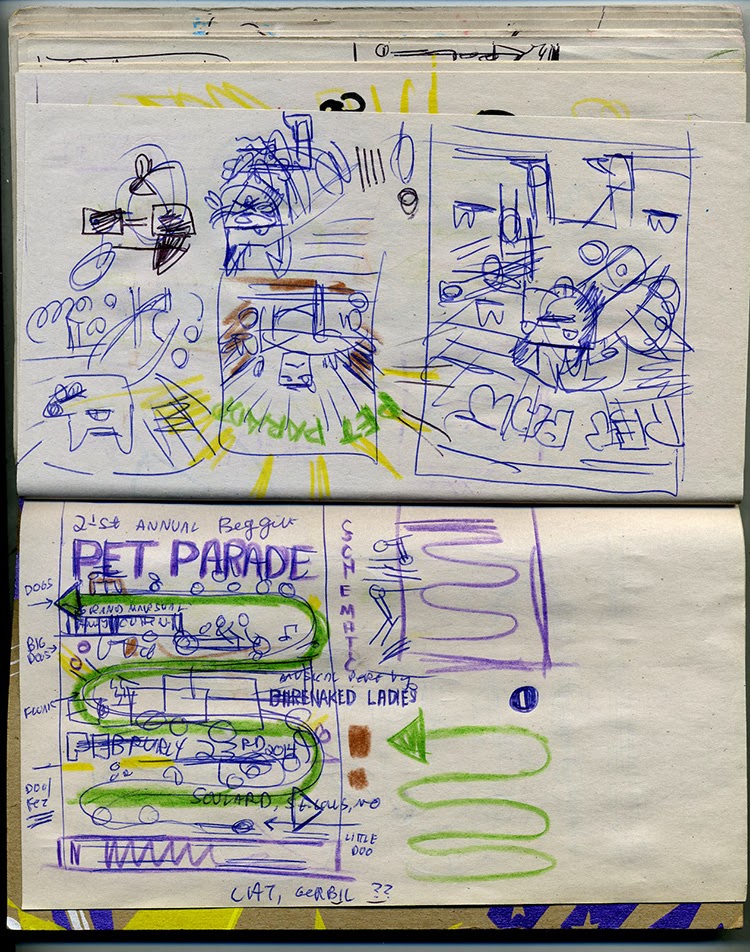 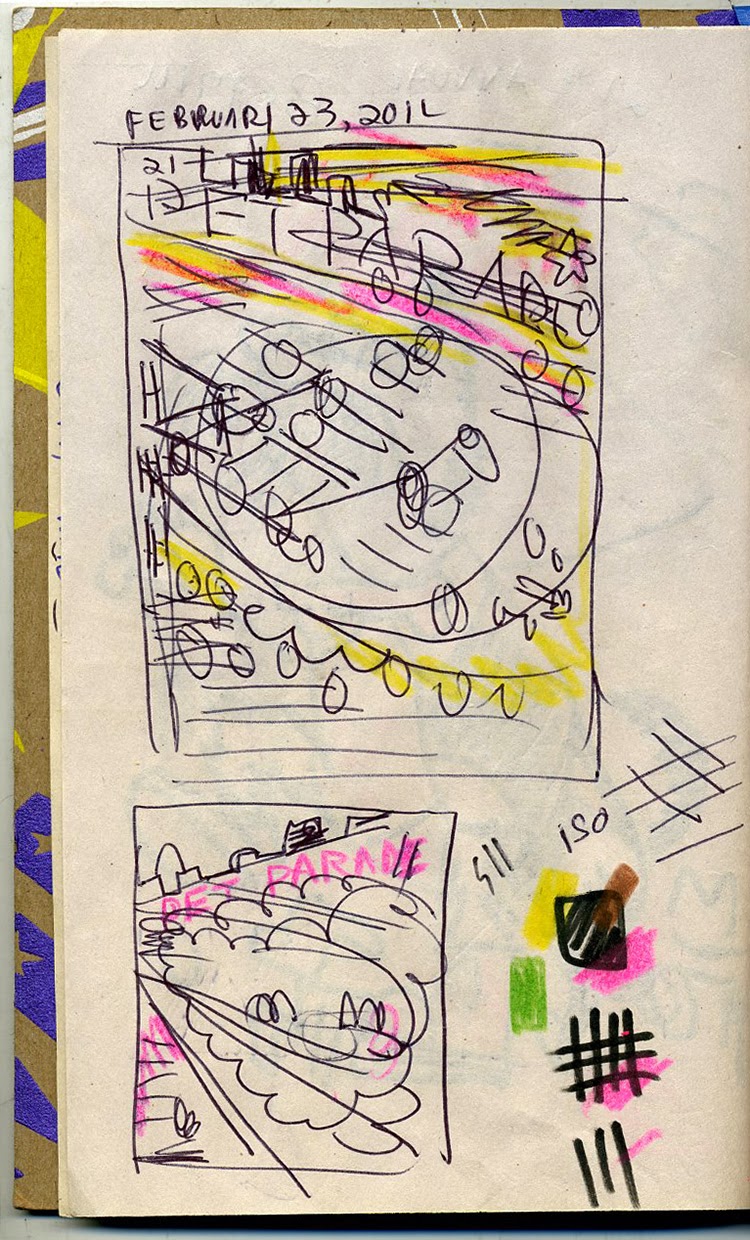 Here was the first round of sketches. "Flowchart", "Gang" and "Hot Rod": 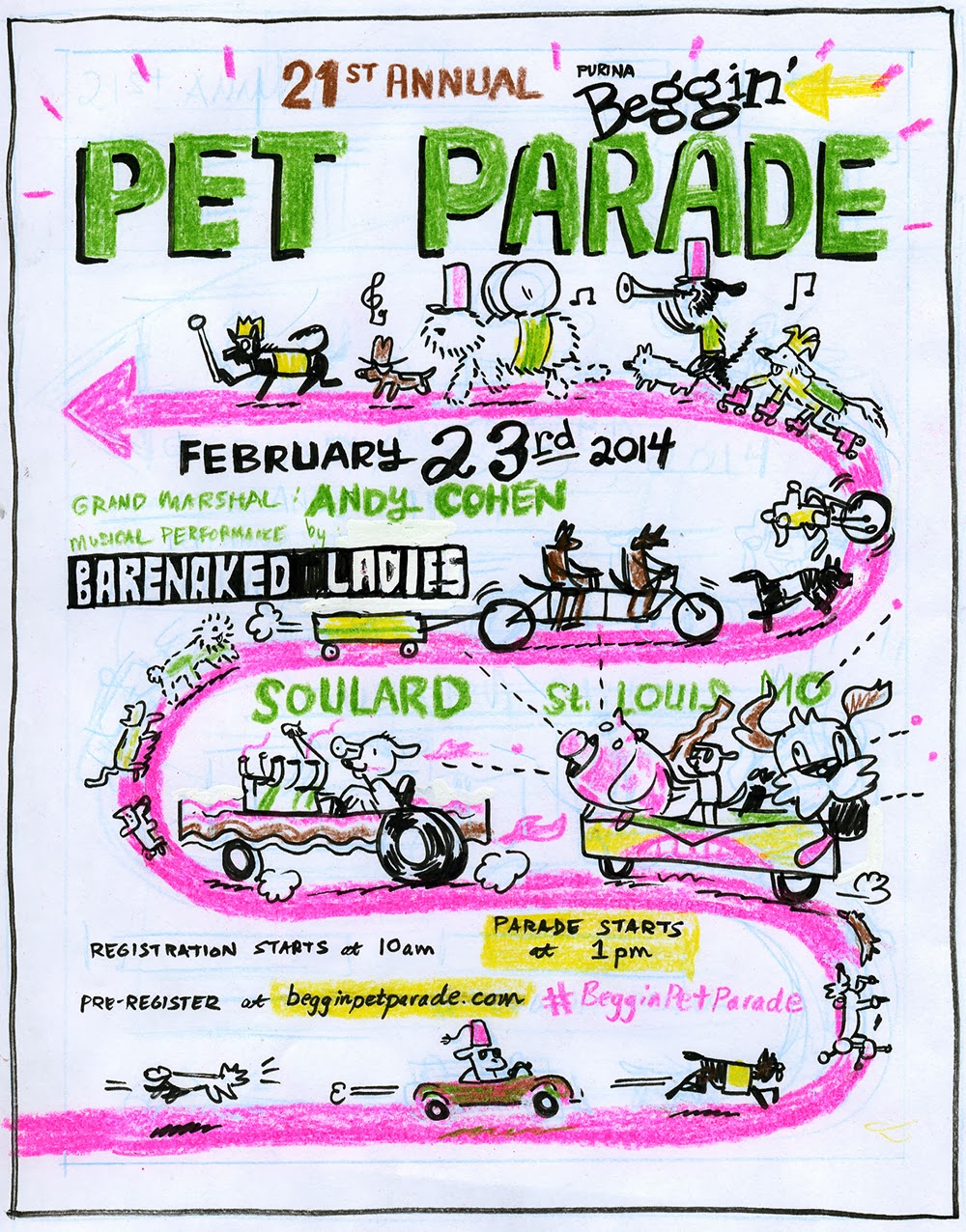 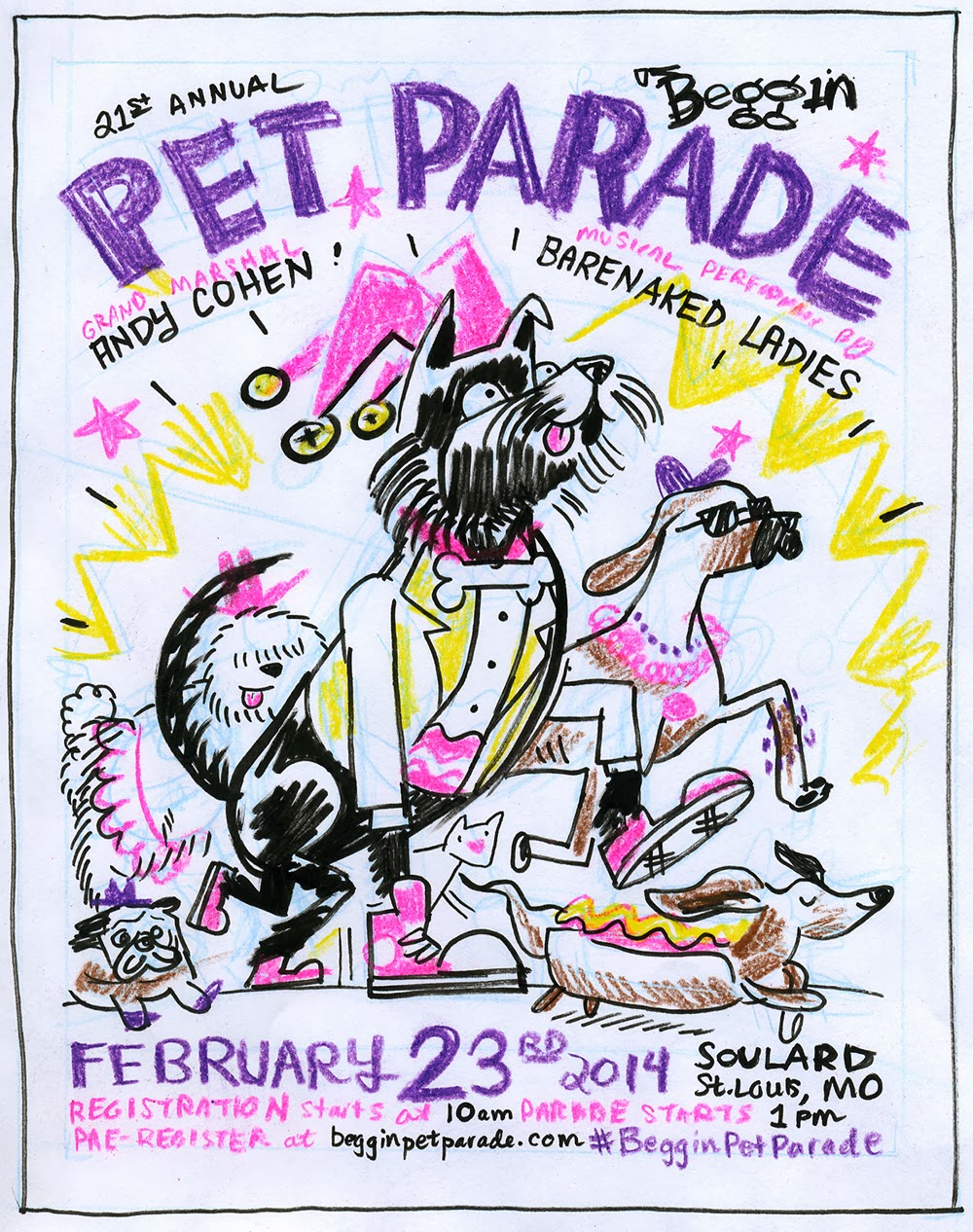 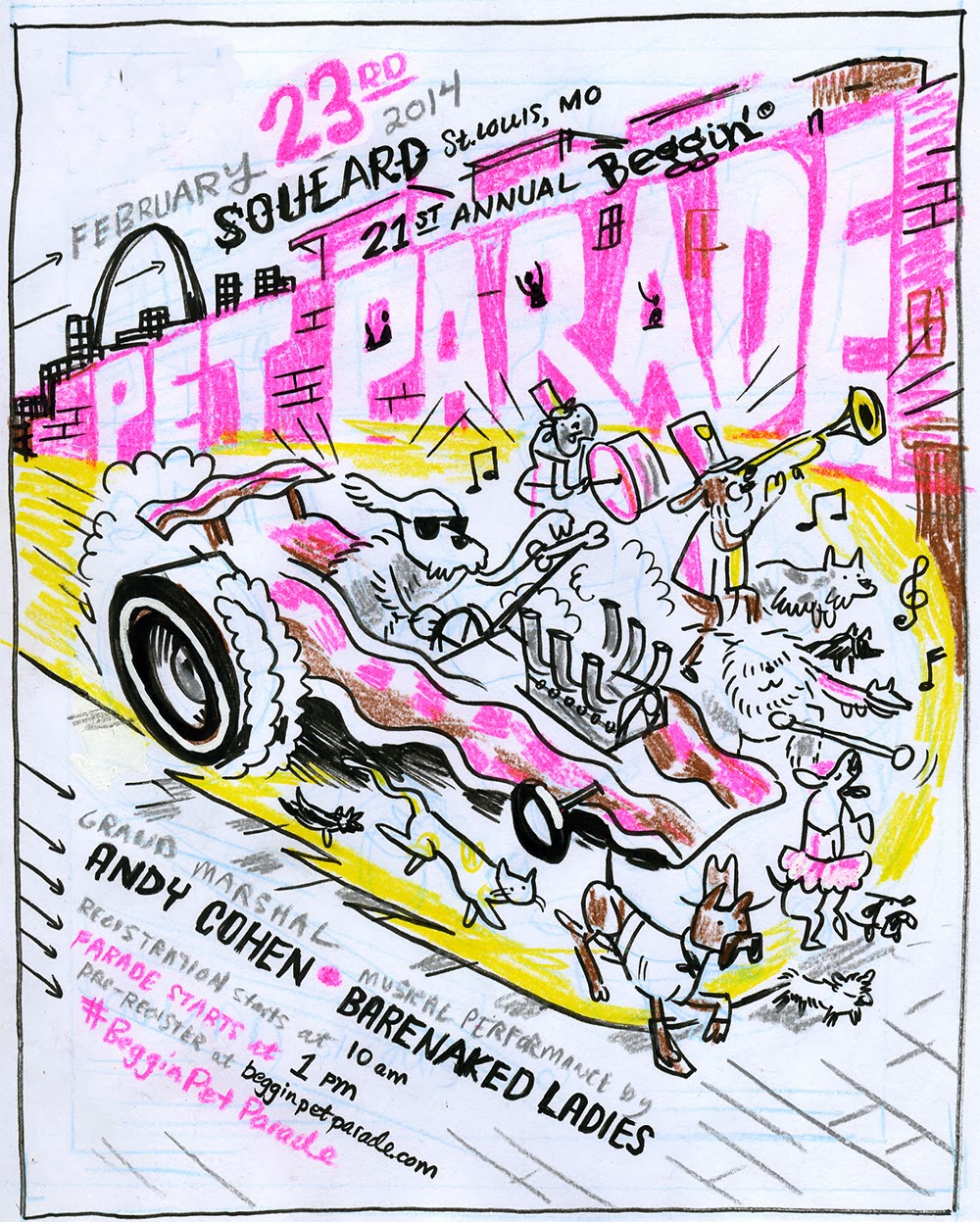 We ended up going with the Hot Rod/Dog kinda idea: 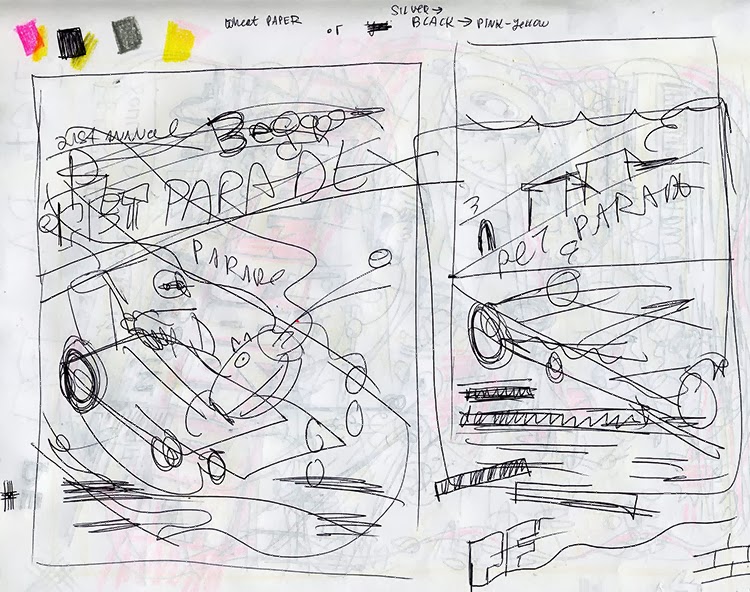 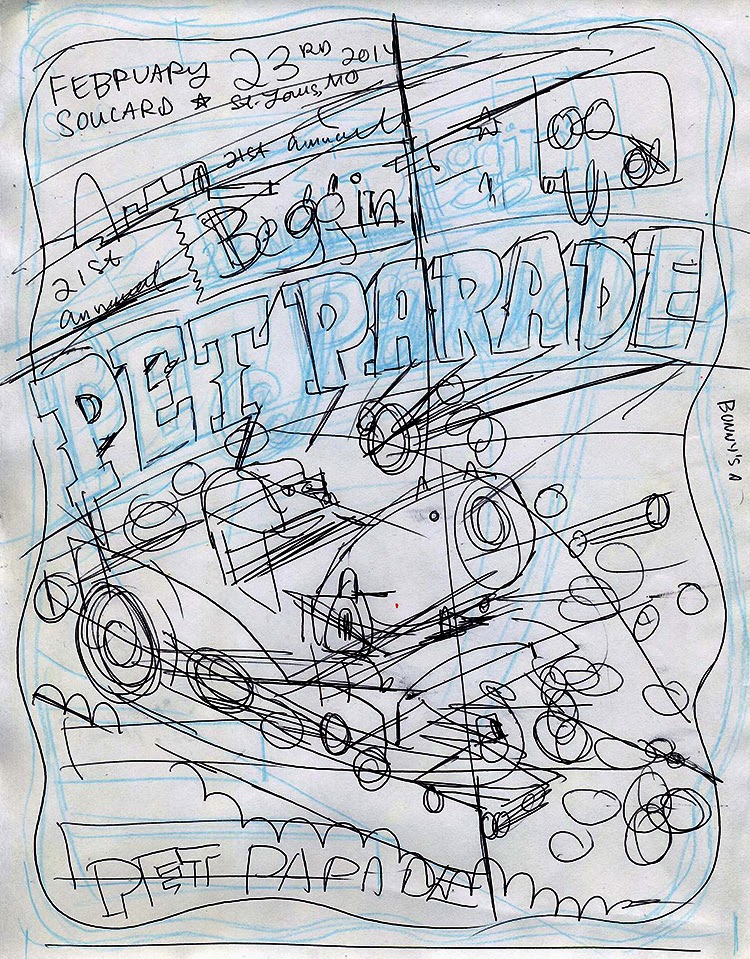 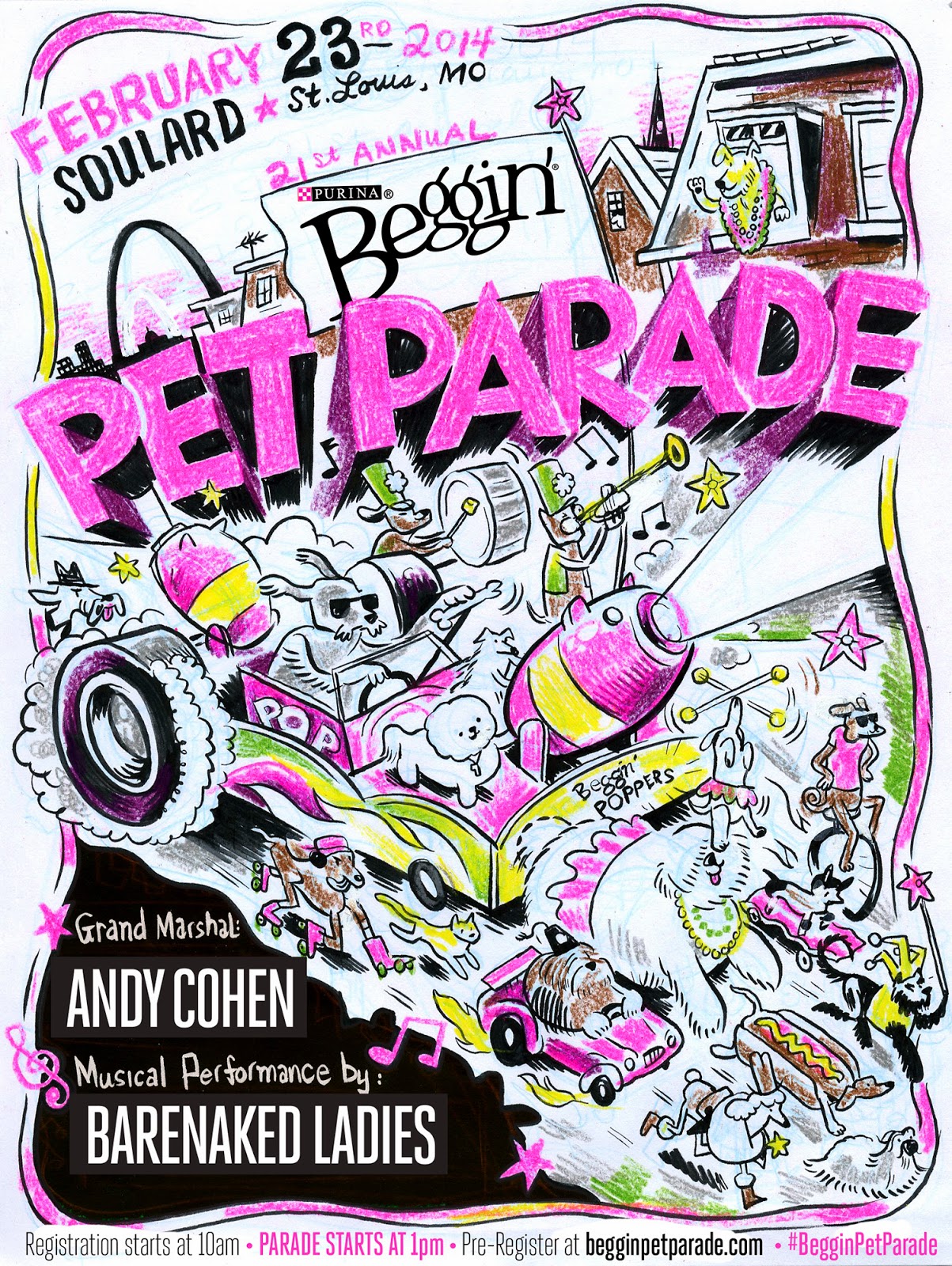 Made some tweaks to the final sketch, thanks to Greg S. and fine folks at Purina, and we were just about there: 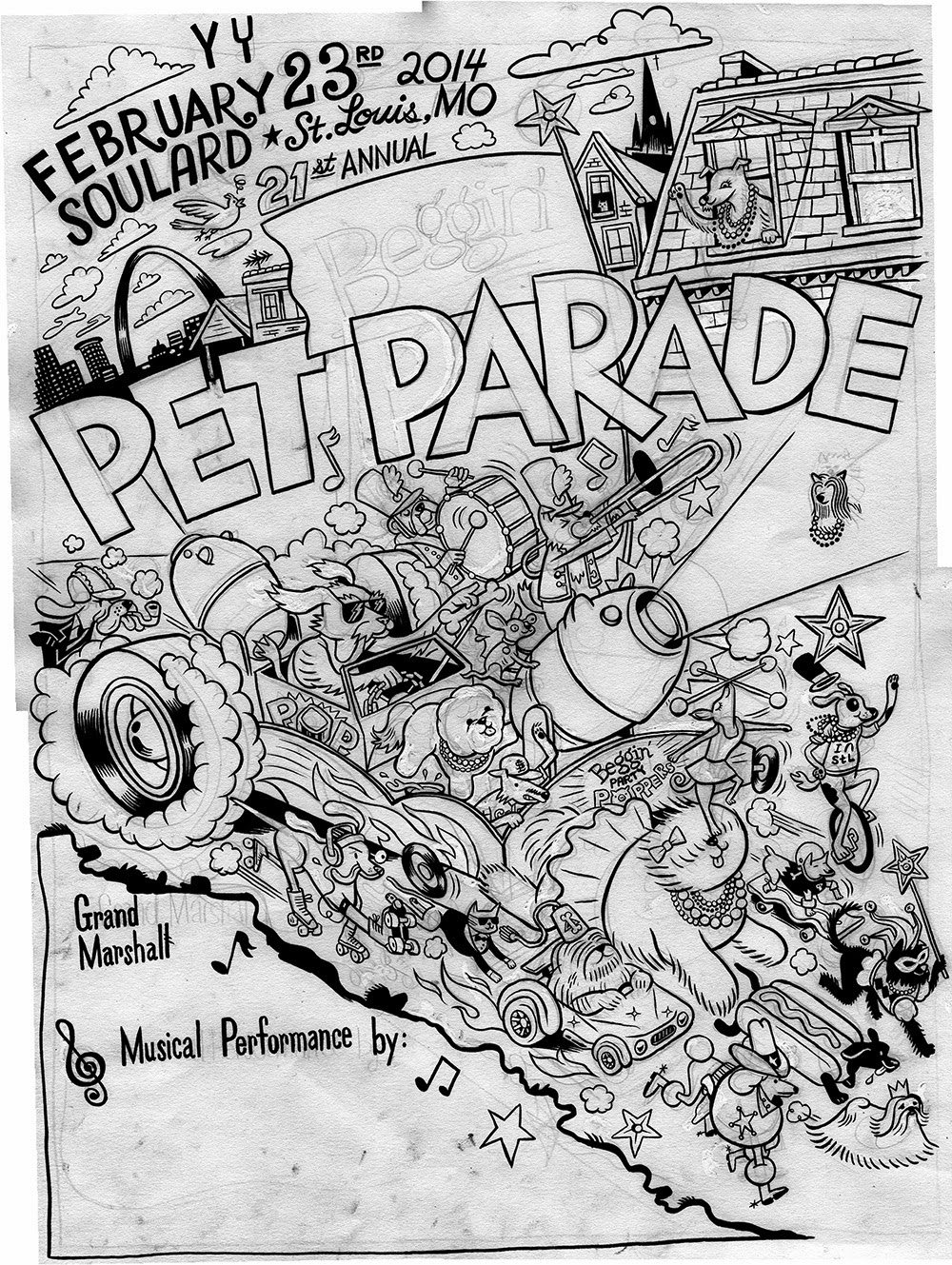 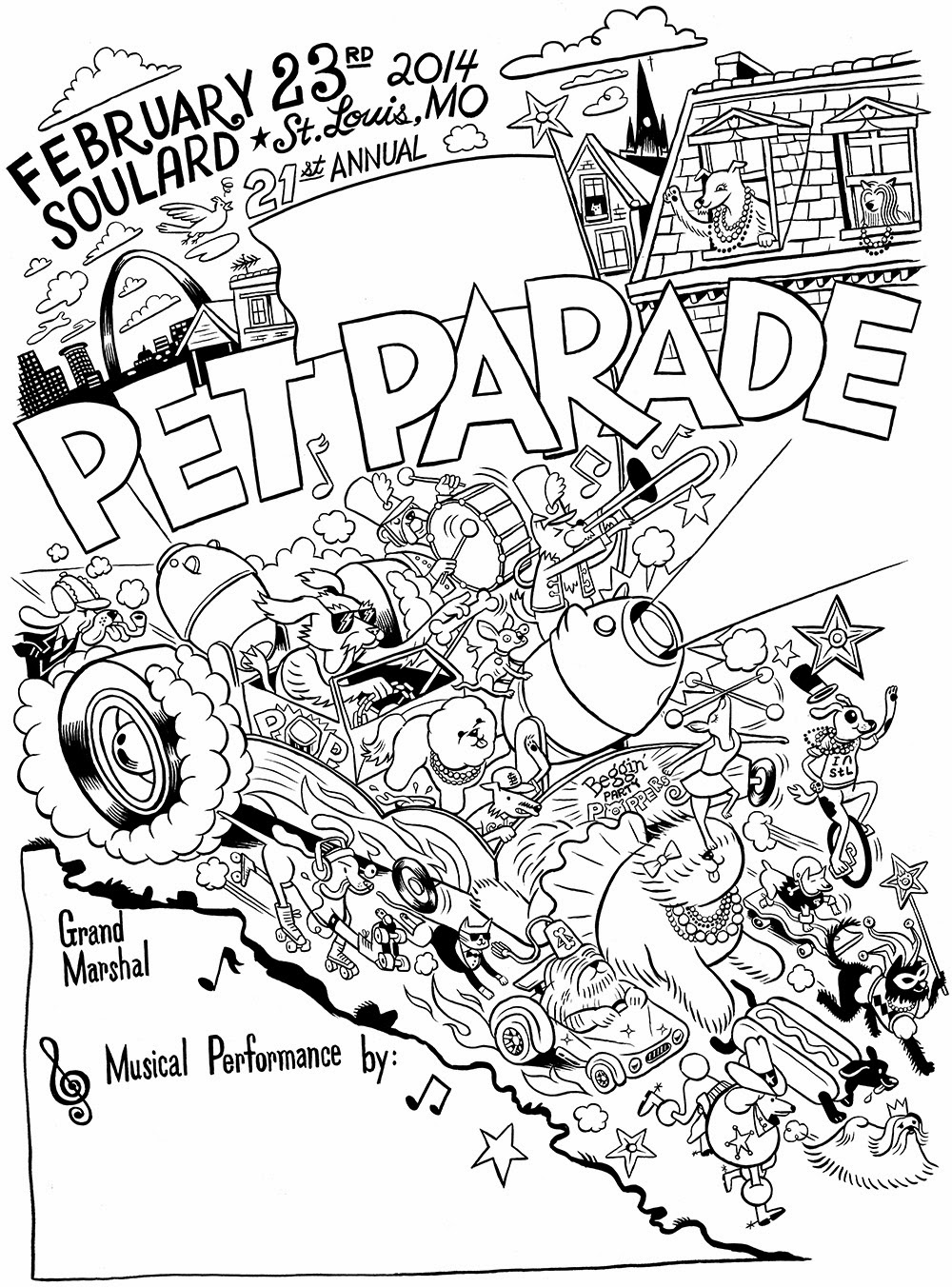 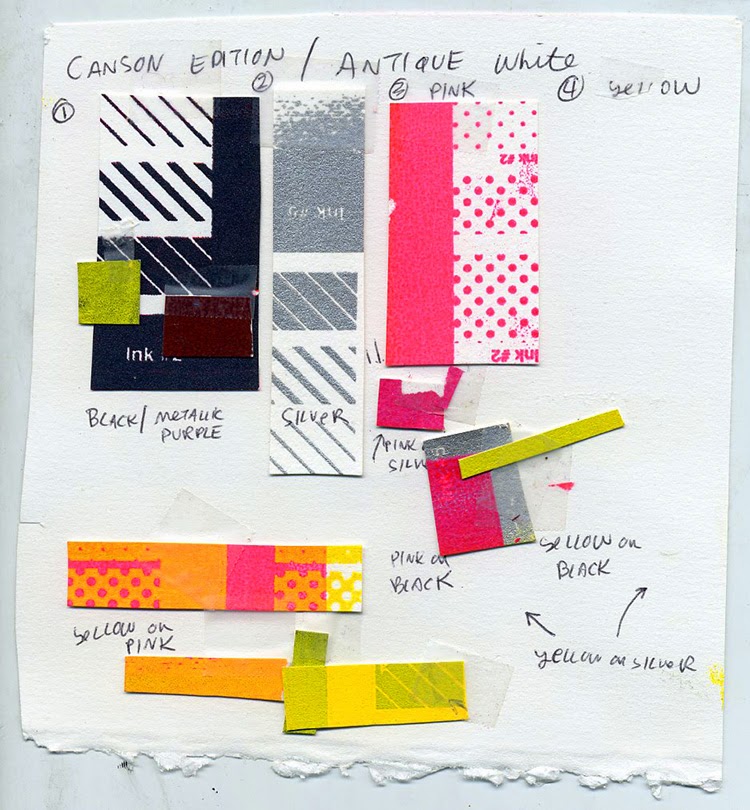 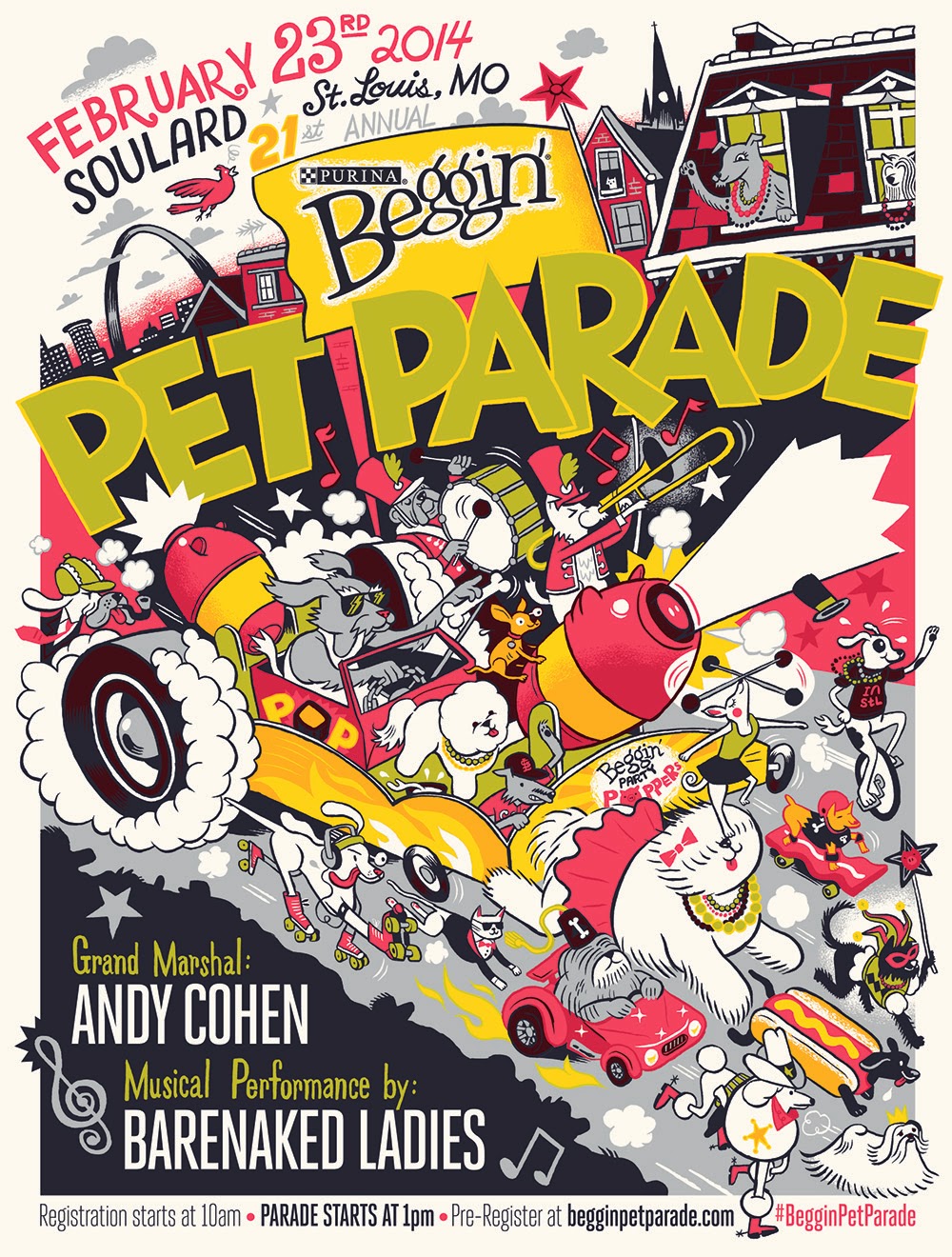 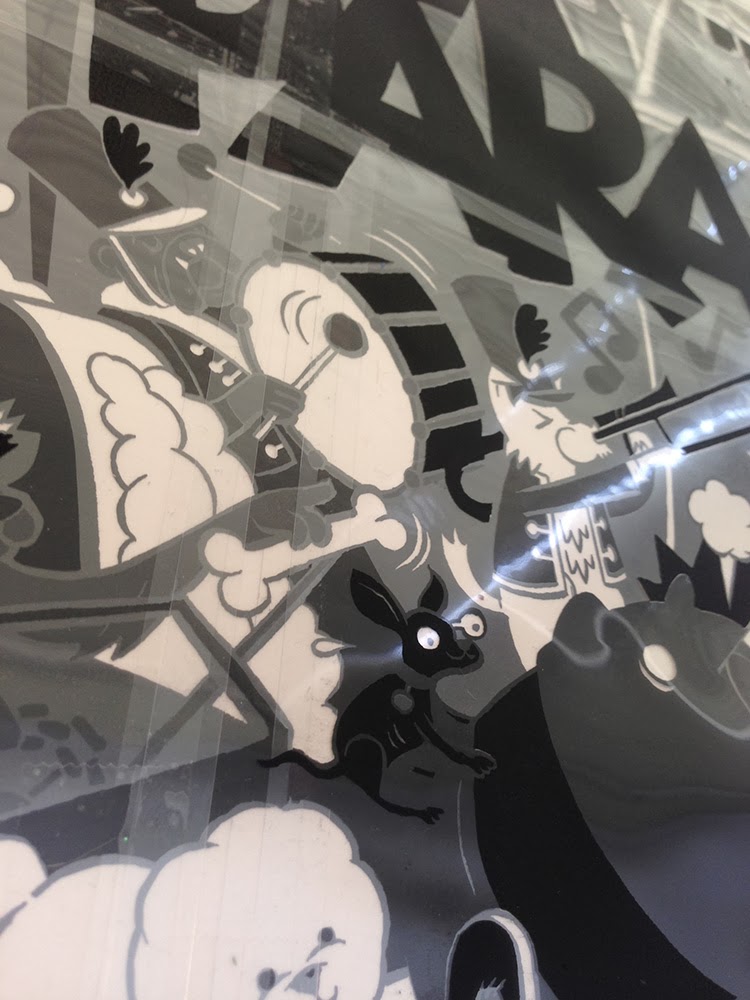 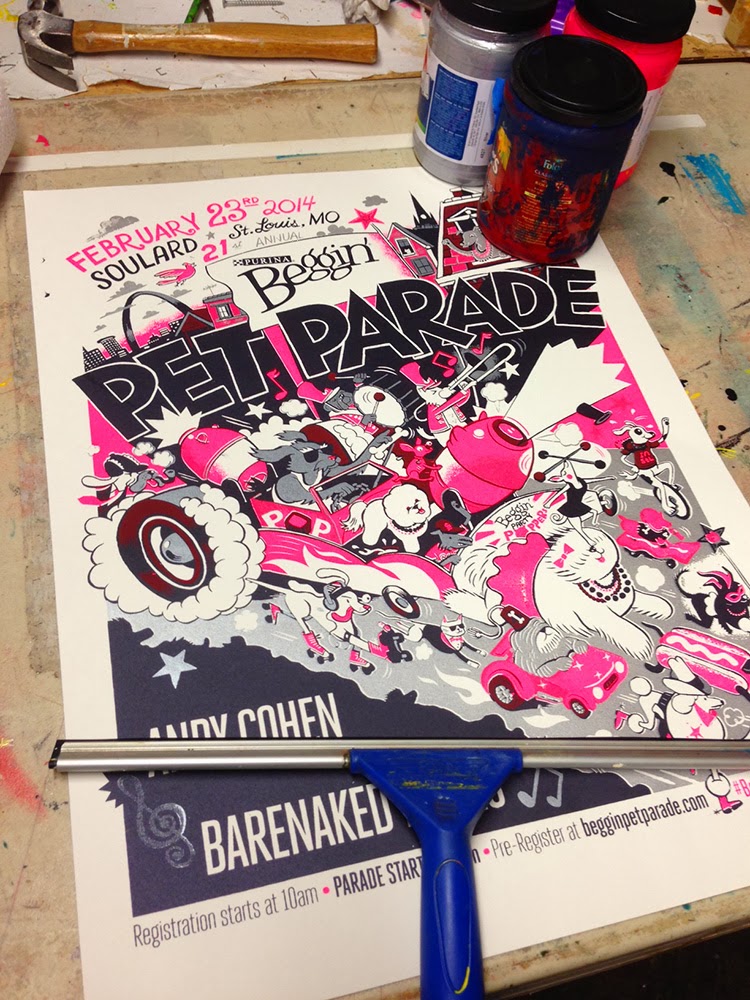 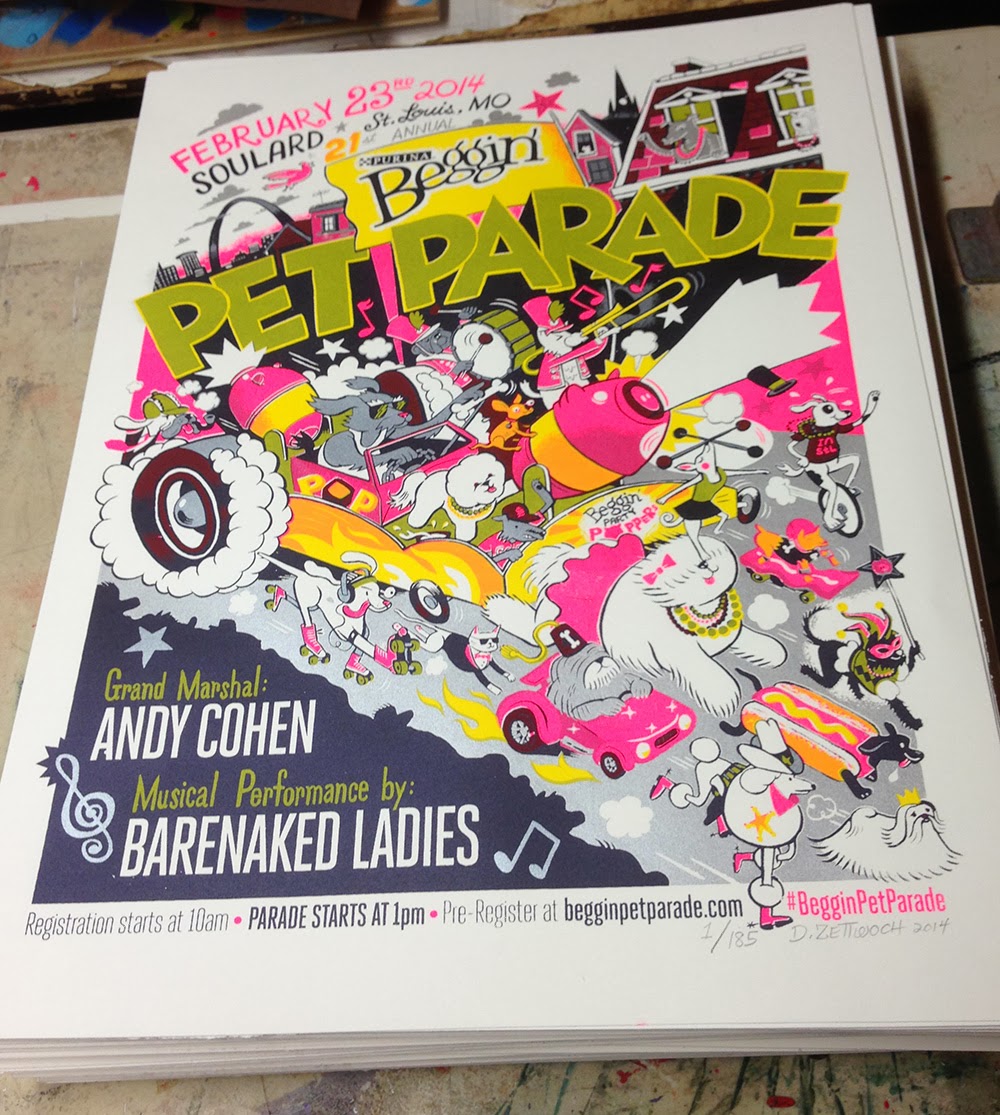 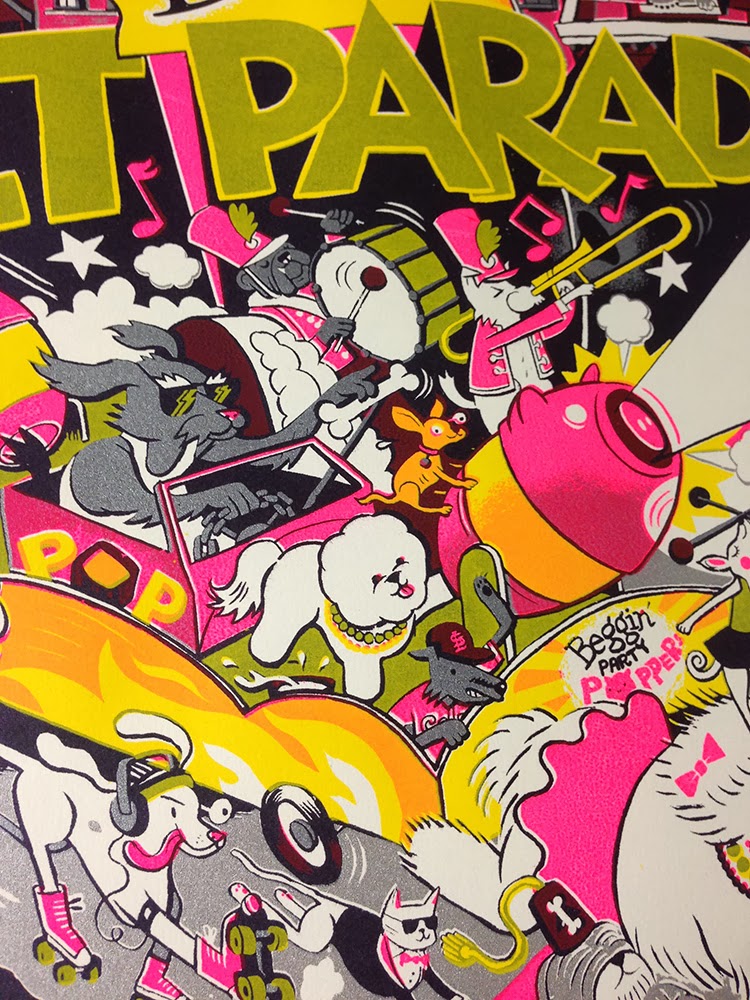 Thanks everyone! Hope to see you at the parade!. We're really gonna try and get our scoodle into that jester's outfit, even if he hates it. 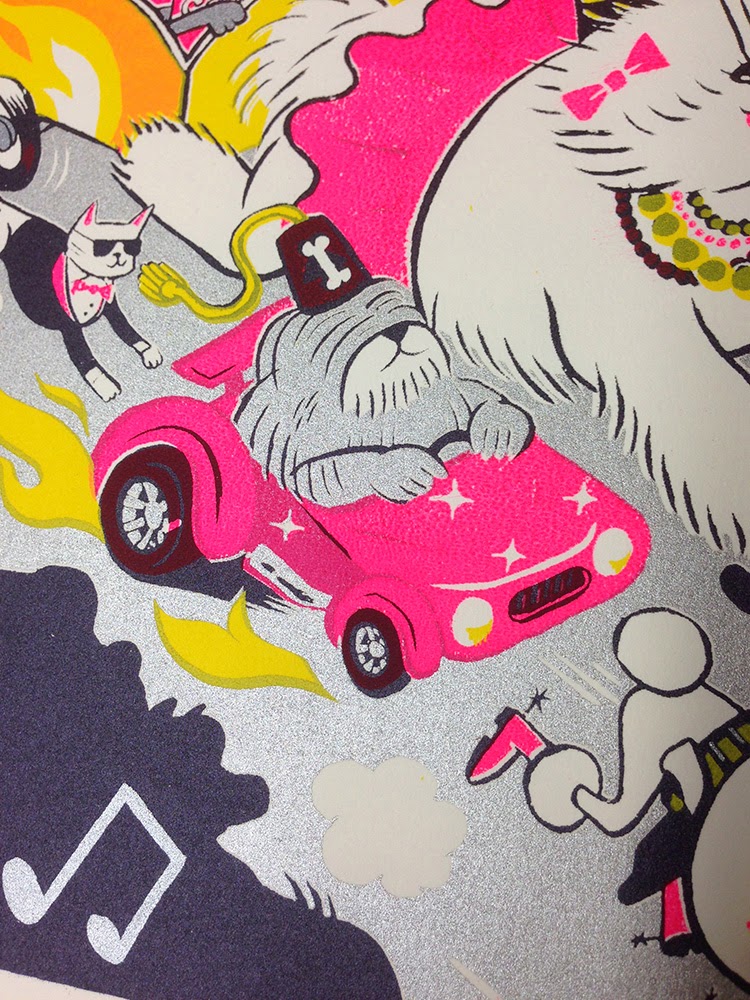 Wow, seeing your process always blows me away. You put so much care into every step and the finished product is always stunning! It always energizes me to work harder myself! Thanks for sharing. :)

Unbelievable. Best documentation of process ever?!?!? This is so great - and the final product is unreal. THANKS FOR SHARING!!!1!!