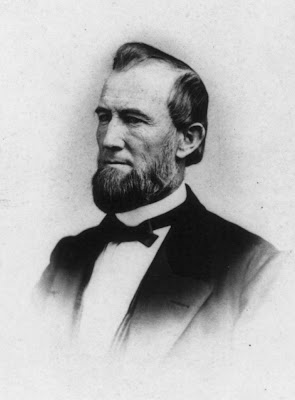 Here are some nuts 'n bolts from the creation of my James B. Eads poster, the most recent entry into my screenprinted St. Louis Hall of Fame. Below is a crummy snapshot taken with my steam-powered digital camera: 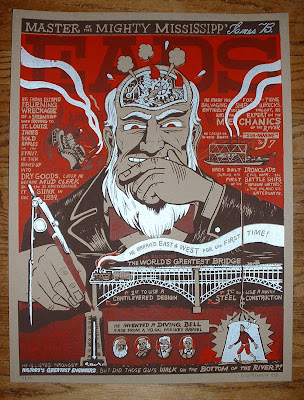 EADS: 3-color screeprint on chipboard, 18" x 24"
Here was my first idea on how to organize the print: 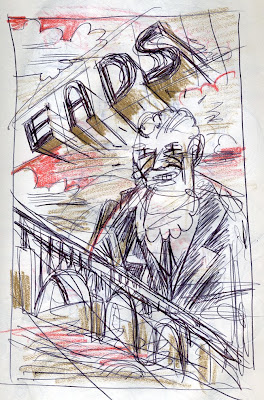 Initially, I imagined the great and iconic Eads Bridge itself to be the primary focus of the print, as it was the thing that had initially drawn me to Eads as a local hero. 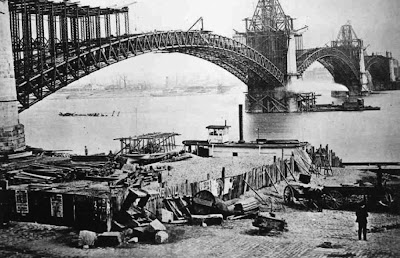 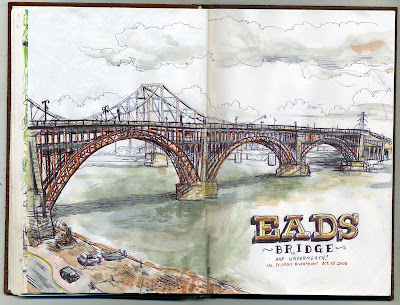 The more research I did and the deeper I got into Eads' biography -- particularly this program -- the more fascinating information I found that I wanted to build into the print. The fact that he patented one of the first submersible Diving Bells (fashioned out of a 40 gallon whiskey hogshead), that he made a fortune raising shipwrecked steamboats off the floor of the Mississippi... 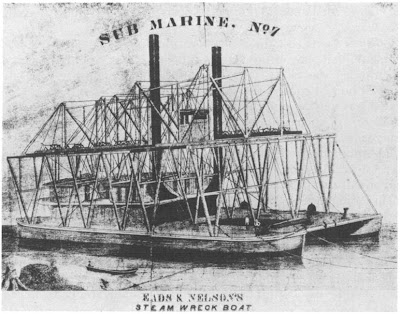 ... that he named every one of his hi-tech surface snagboats SUBMARINE (nos. I - XIII [hey he was a revolutionary engineer, he didn't need to be a creative ship-christener]), that he unwittingly brought about the first outbreak of "The Bends", that he built the first inland "brown water" ironclad battleships for his buddy U.S. Grant... 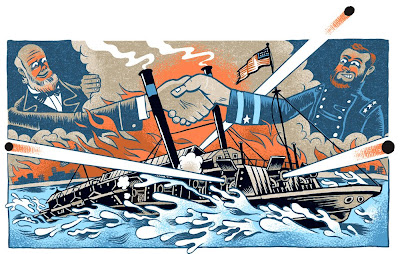 ... the idea that the Scientific American nominated him to be President of the USA on the basis of his scientific knowledge, was all too good to leave out. So I started sketching to figure out how to squeeze as much biographical info I could: 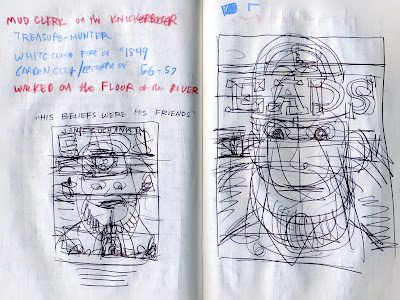 Although we love James Buchanan (named after the president) Eads like a native St. Louis son, he made many enemies and engineering rivals. A friend described Eads as "… a bitter and unrelenting foe. … To him the unfolding of great and correct principles was more than personal friendships. His beliefs were his friends." 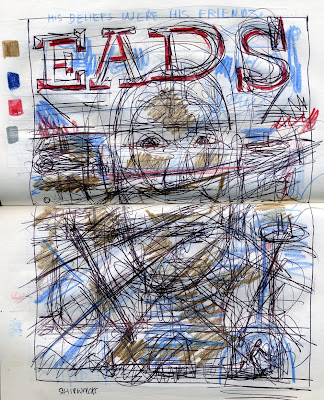 You can see I moved to a more symmetrical diagrammatic layout in an effort to carve out more space for fun factoids: 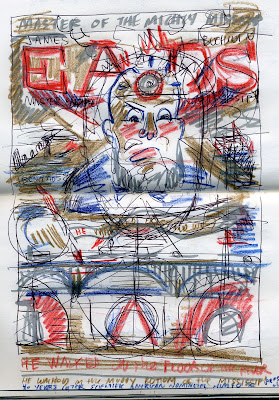 And it worked somewhat. There was still a lot more, like the fact that during the grand opening of the Eads Bridge they drove a fully loaded locomotive -- in addition to an elephant --across it to assuage public concerns about how much weight it could handle. Anyway, here's how it turned out: 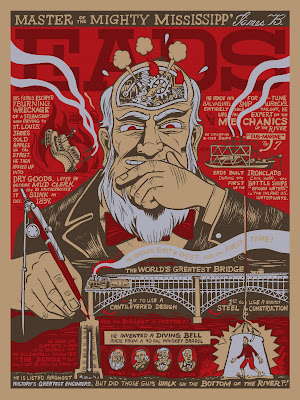 EADS: vector art, Adobe Illustrator v.CS3
Here is a scan of the only known remaining drawing done by Eads himself: 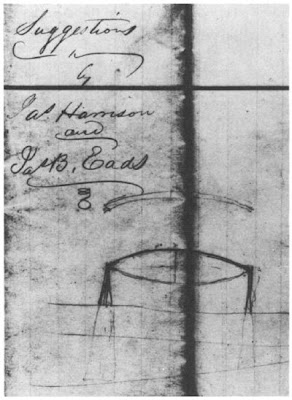 BIBLIOGRAPHY (of the print and this blog post):
American Experience: Secrets of a Master Builder, http://www.pbs.org/wgbh/amex/eads/index.html
Kouwenhoven, John. "The Designing of the Eads Bridge." Technology and Culture, October 1982
Petroski, Henry. Engineers of Dreams: Great Bridge Builders and the Spanning of America
Washington University in St. Louis Library, Special Collections, http://library.wustl.edu/units/spec/
Woodward, C.M. "A History of the St. Louis Bridge: Containing a Full Account of Every Step in Its Construction and Erection and including the Theory of the Ribbed Arch and the Tests of Materials." St. Louis, 1881

Great insight into design and creative process. I love that you are showing some of the research as well as the raw brainstorming sketches.

^^ it's so amazing knowing that he created such things.