The Cutaway: Origins and Uses 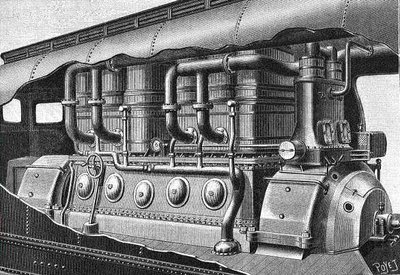 Anybody who knows me knows that I love a good "cutaway", a pictorial device where the outer wall, shell, or skin of an building, machine, or being has been graphically 'cut away' to reveal the guts housed within. I can't remember when I first got into cutaways, possibly around the time that I started working at a company specializing in information graphics and the occasional technical rendering. It may have been earlier, having always loved images like this one, taken from The Collier's Space Flight series, 1952 - 1954, written by Werner Von Braun and illustrated by Fred Freeman: 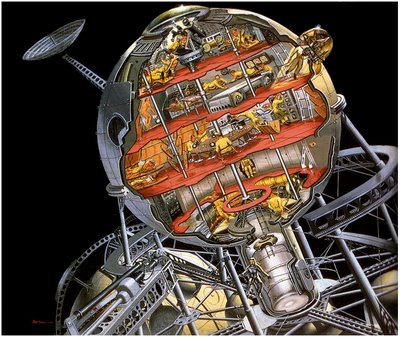 At any rate, I started working cutaways into a lot of my illustrations and comics. Being able to show the exterior and interior inner-workings of something simultaneously is a powerful and practical tool! Here is a quick painting I did for a friend one time, describing a fantasy I had (and still have) about my ideal workspace:

Here's an old cutaway drawing found in a series of 16th century woodcuts by early Jesuit Jerome Nadal, called the Evangelicae Historiae Imagines. A detailed, instructional guide for prayerful meditation, Nadal's woodcuts could be described as gospel infographics. Here's the third plate (of out 153): 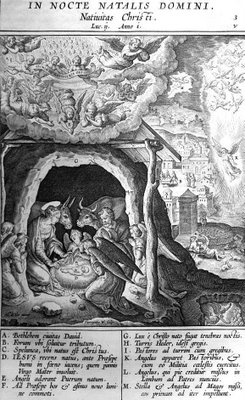 The numbered items at the bottom of the woodcut annotate the main image with biblical references and suggestions for prayer specific to that sub-scene. Note than in this image, in addition to the main nativity scene taking place in the cave (a sort of natural cutaway), there's a cutaway drawing at the lower right showing an angel announcing Jesus' birth to souls in limbo within the earth. Working at the peak of the scientific revolution (Copernicus' De revolutionibus orbium coelestium was published in 1543, the Evangelicae Historae Imagines in 1593), it makes sense why Nadal would enhance his sacred images with the conventions of the modern mechanical diagram. Read more about these "compositions of place" here. 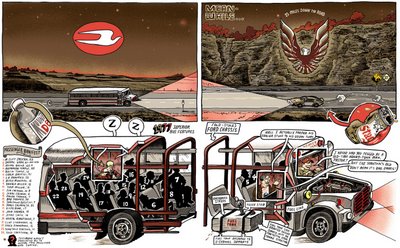 Above: In "The Ghost of Dragon Canoe", a story published in Kramers Ergot #5, I used lots of cutaways, or "ghosted views". I wanted to create a separate narrative structure (i.e. Forensic Doom) that overlaid the entire story, invisible to the characters. The story is about a church youth-group on a field trip in an old-fashioned schoolbus, riddled with dangerous design flaws unbeknown to them. Here are a couple more drawings I've done prominently featuring a cutaway: 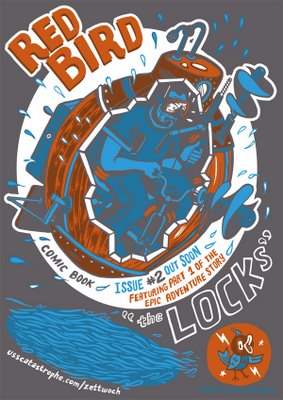 The first is a poster I made to advertise my new comic book series, which will be published by Buenaventura Press. The second is a drawing of a fort (now in the permanent collection of Rina Ayuyang) that our Dad built us in the backyard as kids. I named this blog after that fort, affectionately referred to as the "Suitcase" because of its unique structure, external and internal. 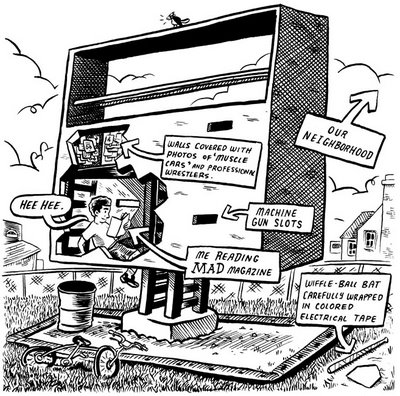 Despite attempts to liberate the cutaway from architectural, medical and mechanical industries, the bread and butter of cutaway renderers world-wide still comes from publishers of sex education textbooks and in automotive part manuals. And that's where we belong!

Below: A hot tub I drew recently for a local spa manufacturer to be used in a trade brochure, rendered completely in vectors using Adobe Illustrator (v8). 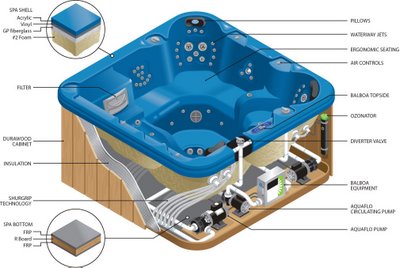 This is a T-shirt design I drew for local St. Louis hardcore band Rotting Out. From "Dead Man Working" off the 2005 demo tape: We must work too hard / To dig our own graves / Our change falling in the seats / On the ride of disappointing defeats. 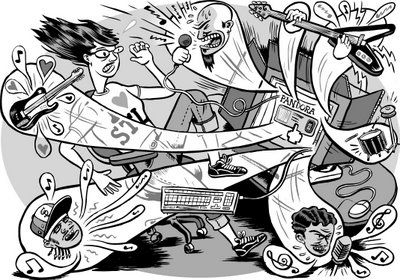 Above: An illustration I did for the RFT, for an article about the Music Genome Project's Pandora service, a website designed to unleash new music on users based on a series of inputs (in this case, St. Louis based musicians) and responses. In the legend, Pandora unleashed plague and famine on people of the earth. Today: crunk and metal-core.
Below: "Pandora" by John William Waterhouse, 1896 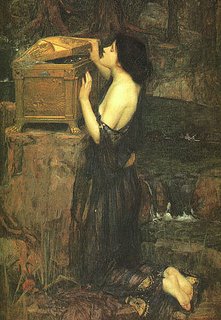