Apparently, last week at the annual awards gala of the Association of Alternative Newsweeklies in Little Rock, Arkansas, a piece I worked on with the Riverfront Times won a 1st-place editorial award in a category called the 'Format Buster' (I'm not sure what the trophy looks like). The piece, master-minded by the fine dudes at the RFT, was a series of clip-able Bingo cards designed for attendees of the world's third largest Mardi Gras celebration, in the Soulard neighborhood of St. Louis. I did all the illustrations for the cards (downloadable as a .pdf here) and also for the cover: 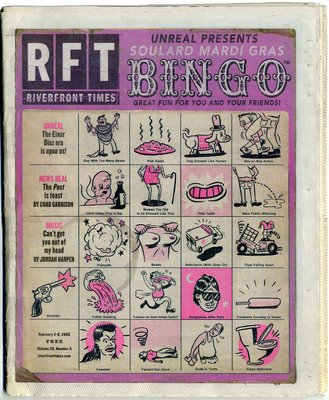 It was fun making all the funny little drawings (funny because they're TRUE) and also figuring out how to construct convincing beer stains and crummy pink halftones on a trump l'oeil, beaten-up Bingo card. If you were around during Mardi Gras, you probably stepped over actual beer-stained, beaten-up copies; but what you didn't see was the first, alternate version of the Mardi Gras Bingo game:

As shown, my first inclination was to establish a system of pictograms for each Bingo card. The system I had in mind existed somewhere between the famous library of glyphs developed for Montreal's Expo 67 by Paul Arthur (coiner of the term "signage") and Otl Aicher's icons for the '72 Olympic Games in Munich. My thinking was that this kind of scientific visual language would be a funny contrast to the content, and that maybe vector/diagram boobs are classier than brush & ink/cartoon boobs? I'll let you be the judge; here are all the pictograms versus their more cartoony counterparts (click for larger views): 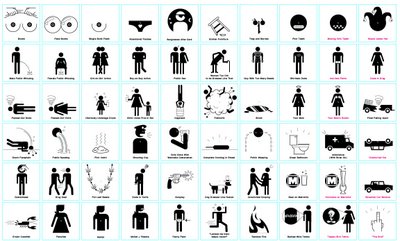 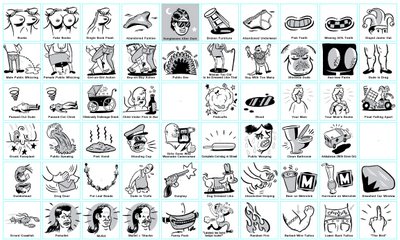 Obviously, we ended up going with the more illustrative approach and never looked back. The pictograms may have provided more streamlined gameplay in terms of congitive speed - your eyeballs and brain aren't wasting time decoding hand-drawn beads of sweat flying off an ornery handcuffed hoosier's wrinkled brow (and furthermore, if and where it appears on your Bingo matrix) - but who cares? Every one at Mardi Gras is totally trashed anyways. An argument could also be made that well executed pictograms are more universally recognizable to people from different cultural, educational, and economic backgrounds. In my experience though, Soulard Mardi Gras is not exactly the Montreal Expo, if you know what I mean. In closing, sorry to Paul Arthur and Otl Aicher, but give me a nicely tapered cartoon boob any day of the week!
Posted by Dan Z. at 3:07 PM 184 comments: 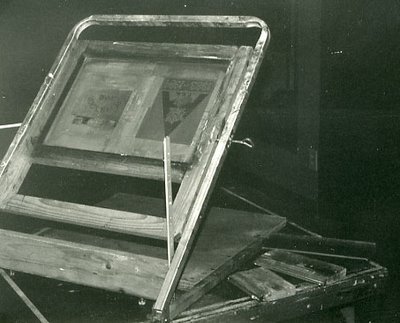 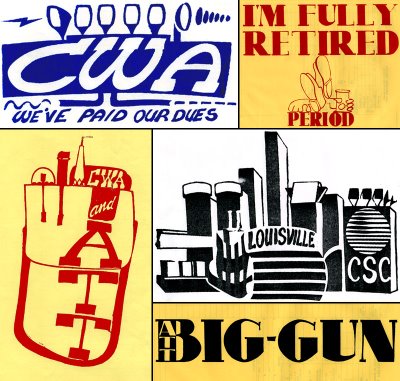 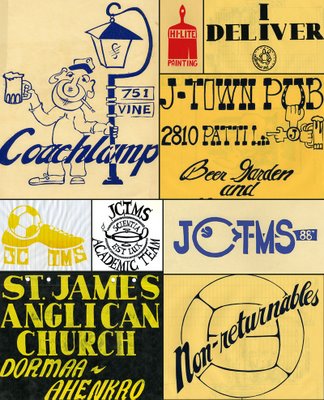 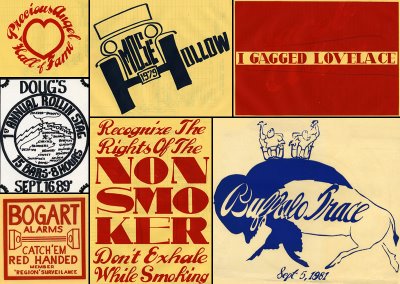 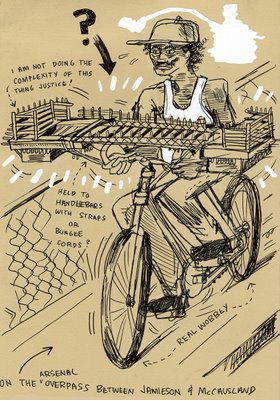 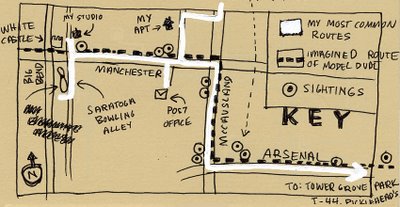 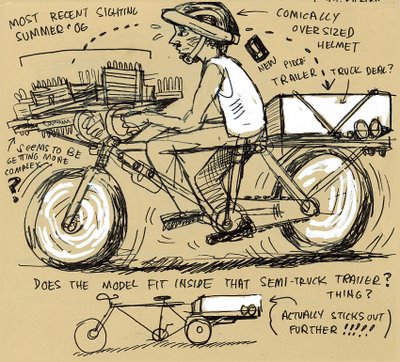