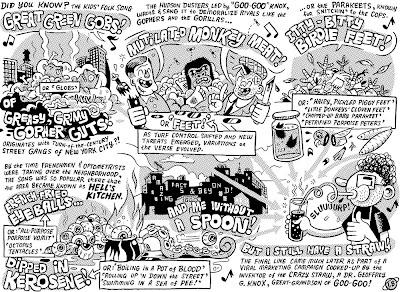 This week Leon Beyond tells of the secret origins of the popular kids' gross-out folk song "Great Green Gobs of Greasy Grimy Gopher Guts". This song has appeared in my comics before, like this page from the "Ghost of Dragon Canoe (Kramers Ergot #5)". 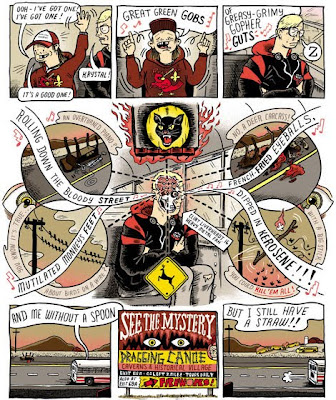 Just like the kids' sing-along son "Dead Skunk (in the middle of the road)" was written to ridicule Richard Nixon, "Great Green Gobs" originated with real life targets, the turn-of-the-century gang The Gophers. 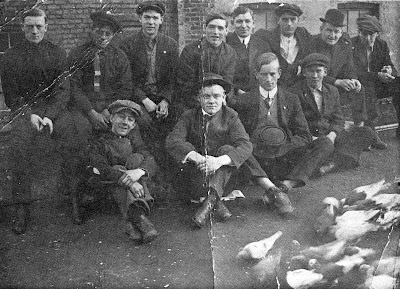 After the chant caught on in areas beyond the ghettos of New York, the song was modified according to regional and technological circumstances. Kids in Detroit prefer their eyeballs dipped in motor oil, instead of kerosene, for instance. 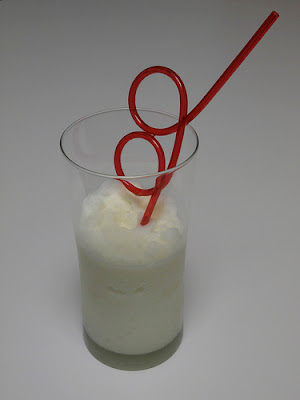 There was a variant in the lyrics in 70s era northern Virginia. There was no "dipping" at all - our line went "rolling in a pool of blood / and I forgot my spoon".

Ahh the rich tapestry of America - Whitman would be proud.

And great drawings as usual!

We never got to hear or enjoy this song in Texas- sounds like a great bit of cultural history though. Awesome work- You've had an exciting month!

I was raised on a much simpler varient of this song:


In retrospect, that is totally disgusting!

My mom's version (for the last ingredient) was "one whole pint of all-purpose porpoise pus." She was born in 1942.

The version I remember starts with the name of a well-known fast food restaurant chain, which I will not include for fear of legal problems.

So, I wore the shirt on Halloween!

💰Get free 250$ on Ysense trusted network without investment