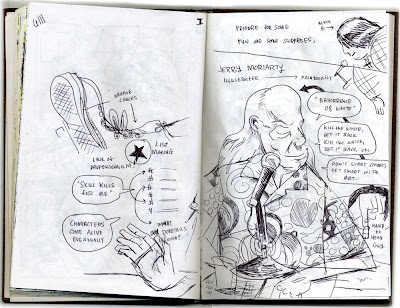 Here are a couple of sketches I made while attending panels at the Small Press Expo over the weekend. Jerry Moriarty's great Q & A with Alvin Buenaventura (above) and "The Future of the Comic Book" with Kevin Huizenga, Matt Thurber and others. 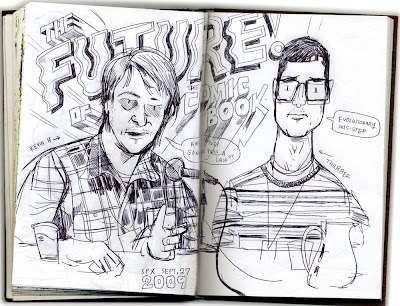 When I sat down to do my panel later that afternoon I found this doodle next to a microphone. I think this is the Future of the Comic Book. 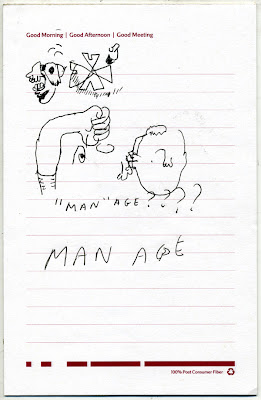 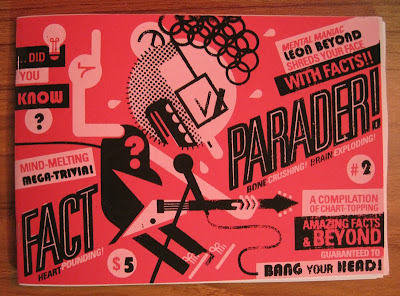 Kevin H and I are hitting the road for the Small Press Expo -- North America’s Premiere Independent Cartooning and Comic Arts Festival -- in Besthesda, MD this weekend. We'll have with us, hot off the presses, a new Amazing Facts & Beyond book entitled FACT PARADER! It's 44 pages chock-full of Leon Beyond's special brand of Believe It of Not packaged in a fluorescent eye-bleeding silkscreened cover for $5.

We'll be posted up at the tables belonging to Buenaventura Press - publisher of Comic Art Magazine and Kramers Ergot, publications I've recently had work in. More info and a schedule of when we'll be signing here. I'll have all my usual other booklets with me too: upcycled Redbirds, faux-bois Schematics, etc. Also: I'm honored to be a part of a panel discussion Sunday at 5 o'clock called "The Aesthetics of Mini-Comics." Come ask me questions about long-reach staplers and remedies for copy-shop-rage. 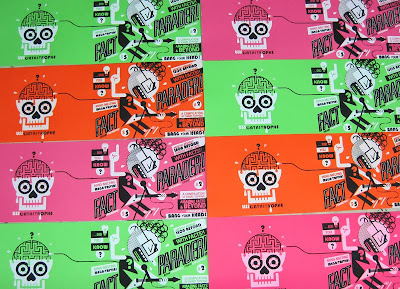 Looking forward to seeing everyone there!
Posted by Dan Z. at 9:24 AM 1 comment: 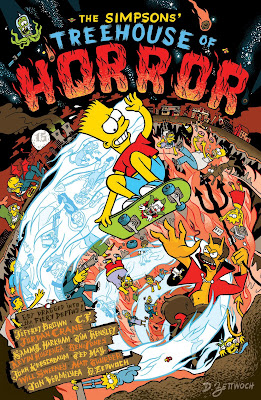 I drew the cover to this year's Simpsons Halloween spectacular comic book, The Treehouse of Horror. Look for it at your local grocery, newstand, or specialty shoppe next week! I won't be there, but if you're gonna be in Los Angeles on Tuesday, drop by the FAMILY store and gallery to see a bunch of the original art and get a copy signed by Sammy Harkham (editor), Jordan Crane, Tim Hensly, Matt Groening, and others. More info here and here. 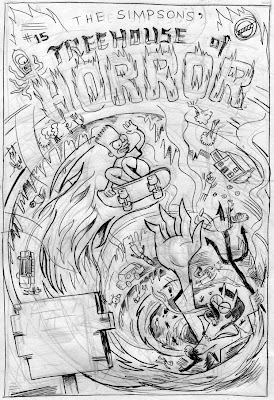 In the meantime, here were some alternate sketches I did: 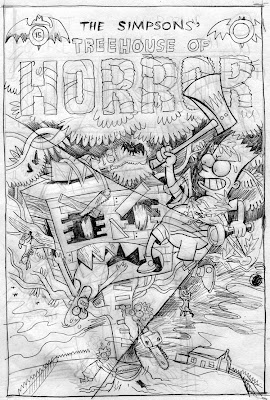 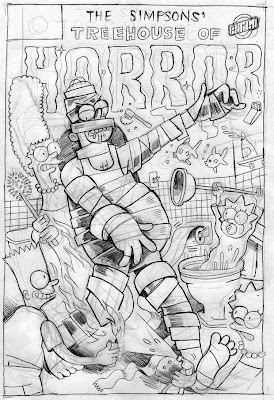 Anyway, everybody should check out the comic. I think they usually have 'em at 7-11. I've seen a bunch of the stories and they're really weird and awesome, including stuff by my STL pals Kevin H and Ted May. 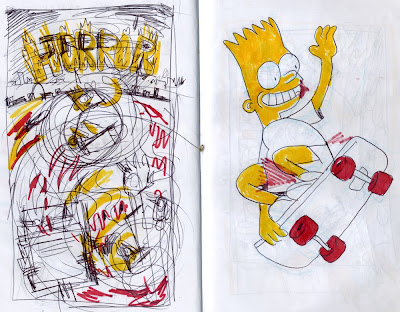 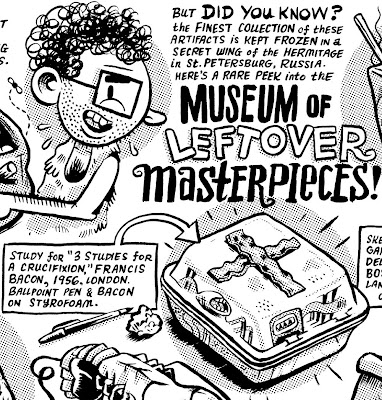 New art/historical Amazing Facts & Beyond. Y'know what? Ballpoint pen on styrofoam is great sensation. I want a sketchbook with flat styrofoam pages. 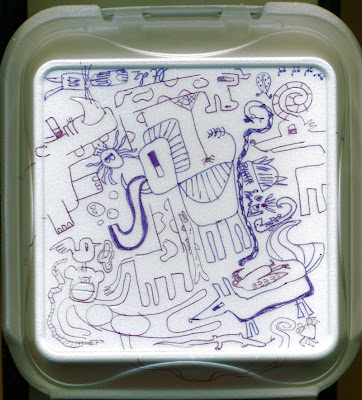 Above: Lemmon's Pizza Box doodled on by me and L. Earle Townley
Posted by Dan Z. at 4:04 PM 1 comment: 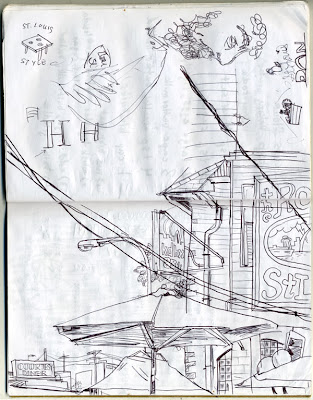 Above: Sketch drawn from the back patio of The Royale in St. Louis, which partially depicts a mural (below) that my pal Jerome painted based on an envelope doodle I drew. 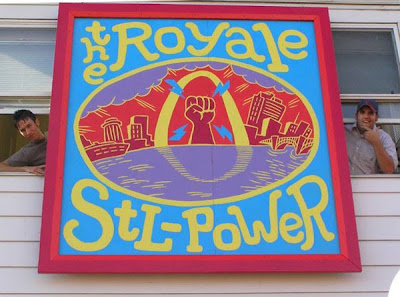 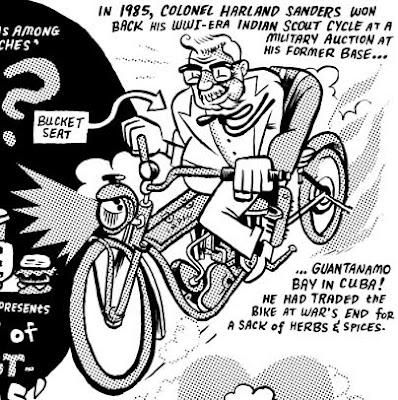 Leon posted a new Amazing Facts & Beyond strip about the lost (and found) loves of midwestern fast food magnates!
Posted by Dan Z. at 2:48 PM 1 comment: