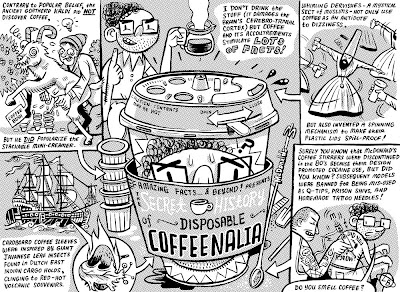 This week Leon Beyond discusses the Secret History of Disposable Coffeenalia. The strip is a continuation of my ongoing fascination with the design of plastic coffee cup lids, seen in this appendix to my history comic Redbird (coming soon!?): 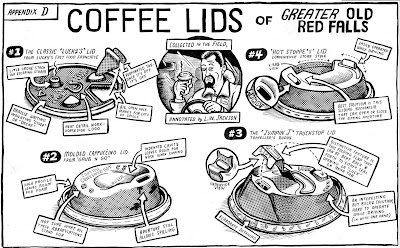 I've since figured out that the mysterious code on the Grub 'n Go cup stands for Decaf, Black, Cream, & Sugar.
Posted by Dan Z. at 9:44 AM 2 comments: 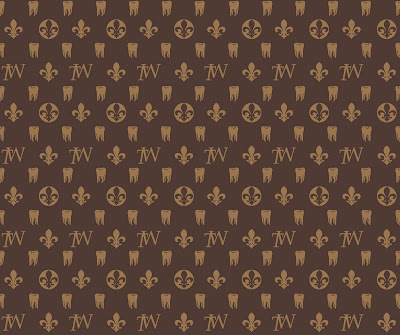 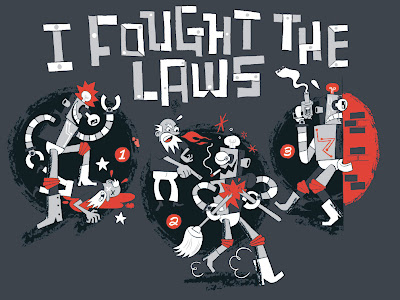 I drew this shirt that is currently on sale at Shirt.Woot! 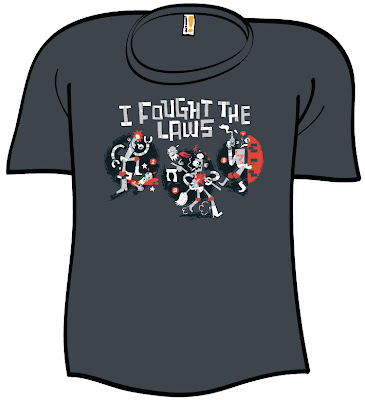 The design is a riff on Isaac Asimov's 3 Laws of Robotics, and was suggested as part of a T-shirt contest I was involved with in Las Vegas with my pals at shirt.Woot!

I drew & painted & semi-ruined about 40 custom t-shirts over the course of 2 days, most of which you can see here. Each was based on a concept suggested by a convention-goer. Here are a couple of my favorites. "Inter-Species CES" & "Crap in 3010: Still Crap": 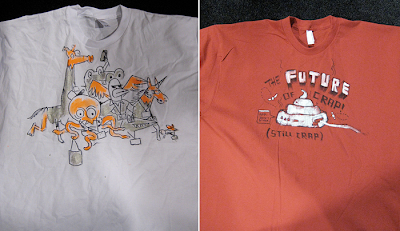 "USBacon (suggested by Leslie Townley)" & "My Mom Says I'm Special" (I added the 5.25" floppy disk, even though I couldn't quite remember what one looks like): 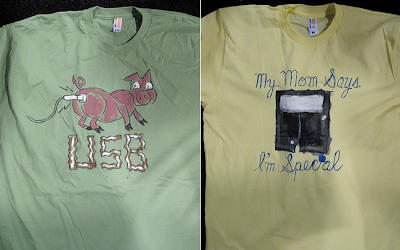 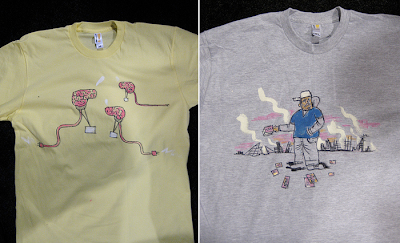 "The Geek Shall Inherit the Earth" & "Sushi Revenge": 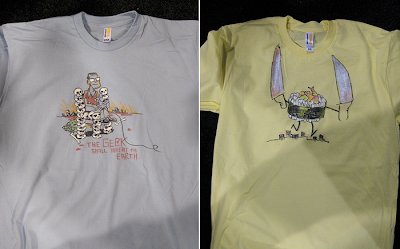 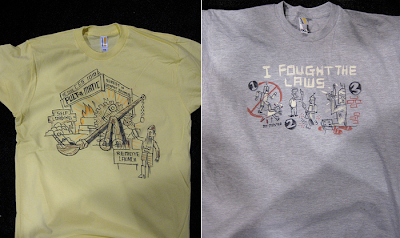 Thanks to my Woot! for a good time and everybody who submitted ideas! It was fun, and I still have silver fabric paint under my fingernails. 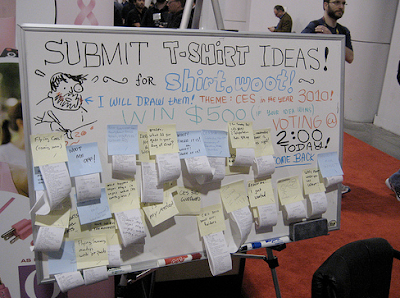 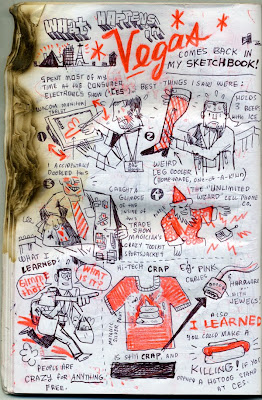 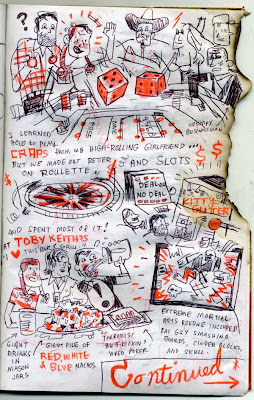 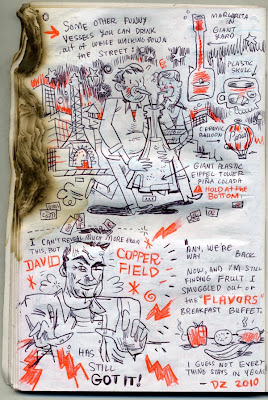 Also: Be sure to check out this week's Amazing Facts & Beyond, also inspired by our trip to Vegas and the Consumer Electronics Show.
Posted by Dan Z. at 7:26 PM 2 comments: 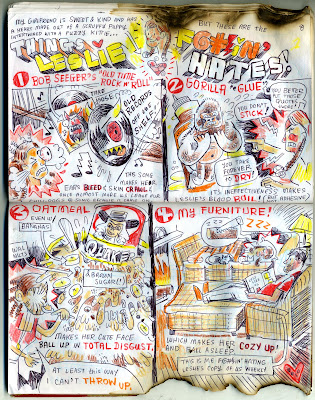 That kind of sketching just soothes the soul! 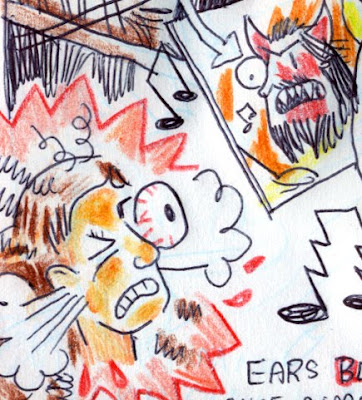