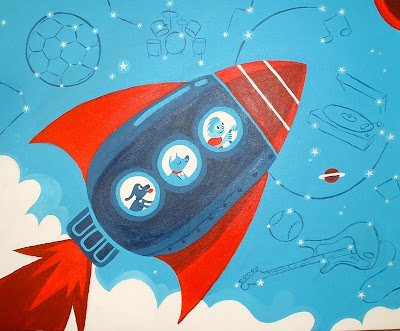 Here are a couple of big paintings I made for my friend Owen who was just born a little while ago. 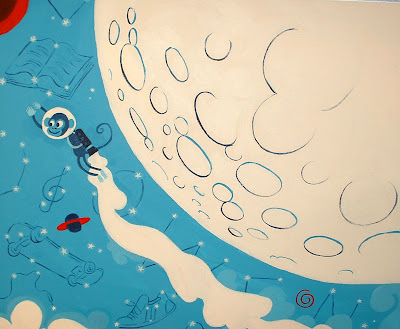 They are inspired by Owen's rocket-styled crib and bedclothes:

Originally I was gonna do a big ol' mural in Owen's room, but Meghan wouldn't let me paint a cat on her house. She was cool with the monkey. Here was the mock-up. 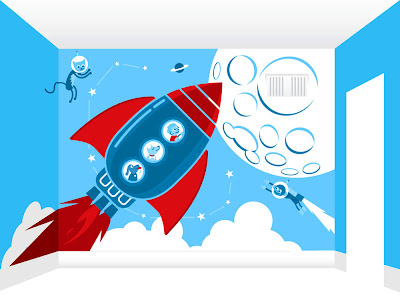 So I just ending up doing these instead. The kitty ended up not making the cut anyway, and I replaced it with constellations of a bunch of stuff Owen is sure to hate when he grows up. He'll probably be into the oboe, lacrosse, microfiche and street-luge. And cats. Acrylic on canvas, 24" x 36". 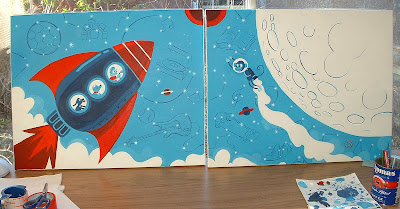 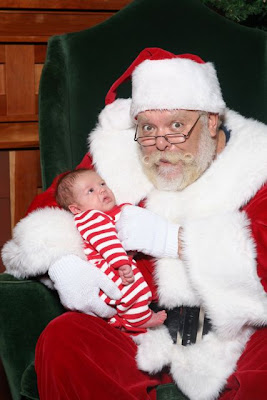 Maybe Santa is pooping too!

so THAT'S what you did with the illustrator stuff you showed us earlier this semester! Very cool. That last picture with Santa made me laugh/snort.